A collection of bad decisions 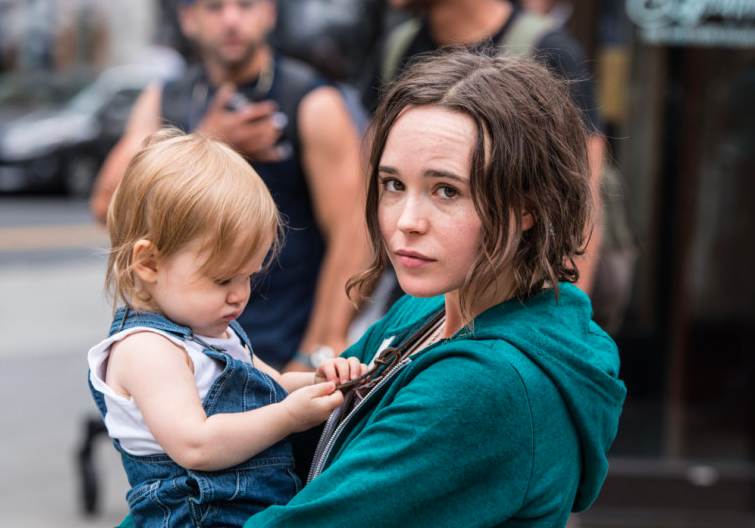 Tallulah (Ellen Page) lives in her van. She's a bit of a dreamer, she has to steal to survive as she has no job. After her boyfriend, Nico (Evan Jonigkeit) leaves her, she wanders around a New York City hotel stealing food from room service plates outside doors when she runs into Carolyn. (Tammy Blanchard) She mistakes her for staff and drags her inside her hotel room where she pays her to watch her one year old daughter Maddy so she can go out and party. She's very insecure, she asks Lu several times if she looks fat and/or pretty. When she returns home and passes out drunk later, Lu makes a hasty decision to take Maddy with her while dropping in on Nico's mother, Margo. (Allison Janney)

I've been wanting to watch this film since it was at Sundance, so I was very pleased that Netflix picked up the distribution rights. It can be a hard sell, Tallulah, Carolyn, and to an extent, Margo are all very unlikable characters. Especially Lu and Carolyn. It's almost downright cringeworthy watching them navigate the beginning of the film, but you strangely end up rooting for both of them to do the right thing later. Margo, I liked throughout even though she was very closed off.

The acting is amazing. Ellen Page and Alison Janney always are. Blanchard surprised me as I'm not as familiar with her. She was outstanding as this completely hot mess. If Beasts of No Nation taught us anything, it's that the Oscars ignore Netflix movies, and that's a shame because the acting in this film is so good, they could easily be contenders.