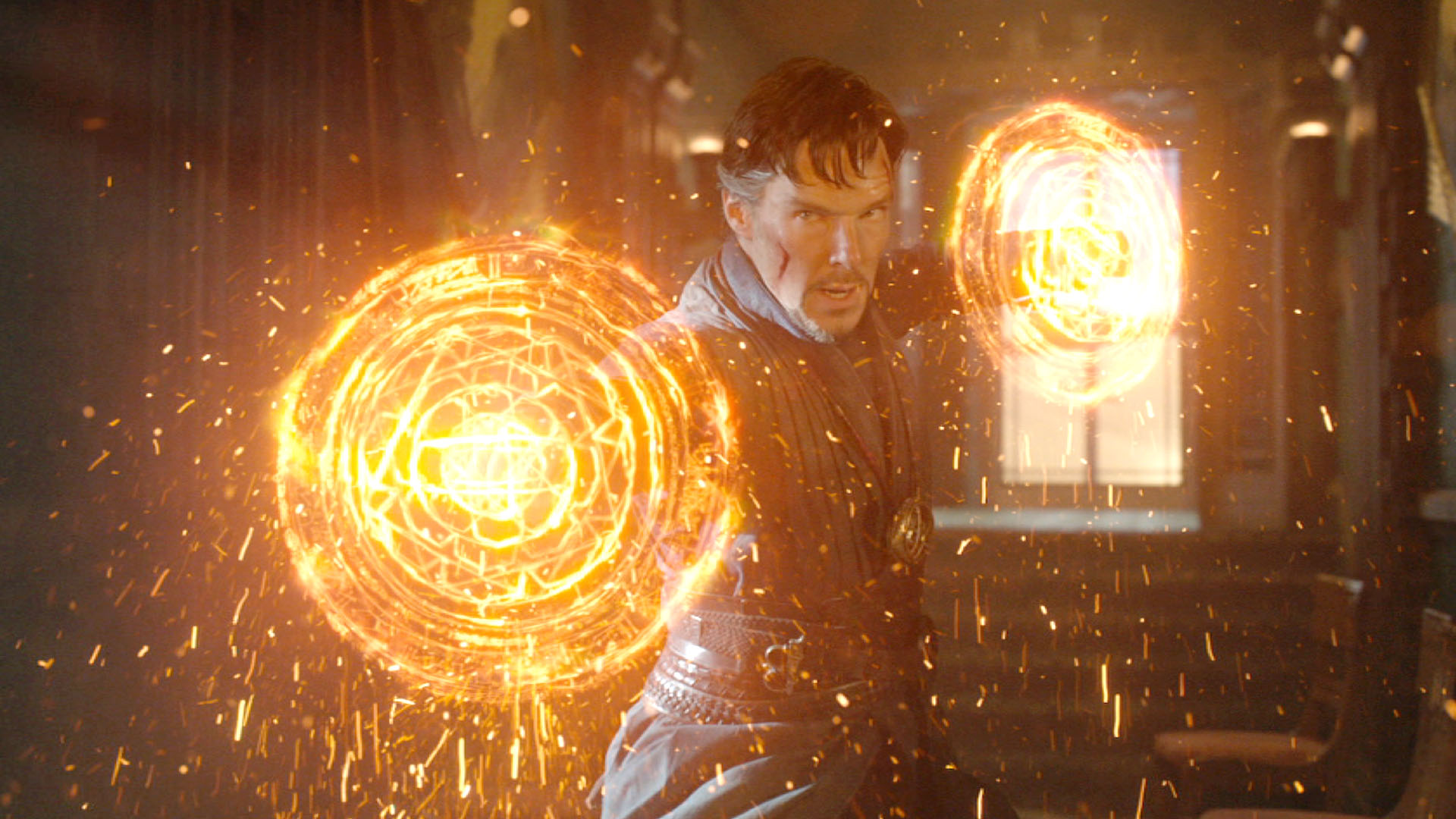 Doctor Stephen Strange (Benedict Cumberbatch) is a brilliant neurosurgeon with a massive ego. When he suffers permanent nerve damage to his hands after a car crash, he desperately searches for ways to repair them so he can practice again.  This leads him to Nepal where he encounters Mordo (Chiwetel Ejiofer) who brings him to a woman called The Ancient One (Tilda Swinton) they train him in the mystic arts and help him open his mind. Only a former master, Kaecilius (Mads Mikkelson) has stolen part of an ancient book and threatens to unleash dark magic on the Earth. Strange must now help them stop him.

When I first saw the teaser for Doctor Strange last year, I wasn't sold. I thought it drew too heavily from a film I already loved - Inception, and I wasn't thrilled with that. As time went on, I just became more and more hyped. Marvel tends to do that with me. This is unlike any other film Marvel has done. Visually, it's stunning. It's like riding a psychedelic theme park ride and should definitely be seen on the big screen. Story wise, it follows a very simple pattern as far as origin stories go, but it's never boring set up.

Cumberbatch does very well here, as does Swinton, Mikkelson, and Ejiofer. Supporting characters like Rachel McAdams (playing another doctor and Strange's ex girlfriend) and Wong (Benedict Wong, the librarian so to speak at the temple) don't have as much to do. Wong, even with his short amount of screen time is the stand out for me. I now want to see a Marvel short with just him listening to Luis from Ant-Man explaining things. The score is also very different from the other films. It fits the mystical tone.

And it wouldn't be Marvel without its Easter eggs. We catch a glimpse of the Avengers Tower in New York, and get an infinity stone mention, and even more curious - I think we may have just witnessed part of the origin of Captain Marvel's powers.

Memorable Quote: "Did those people work for you?" - Wong (Benedict Wong)