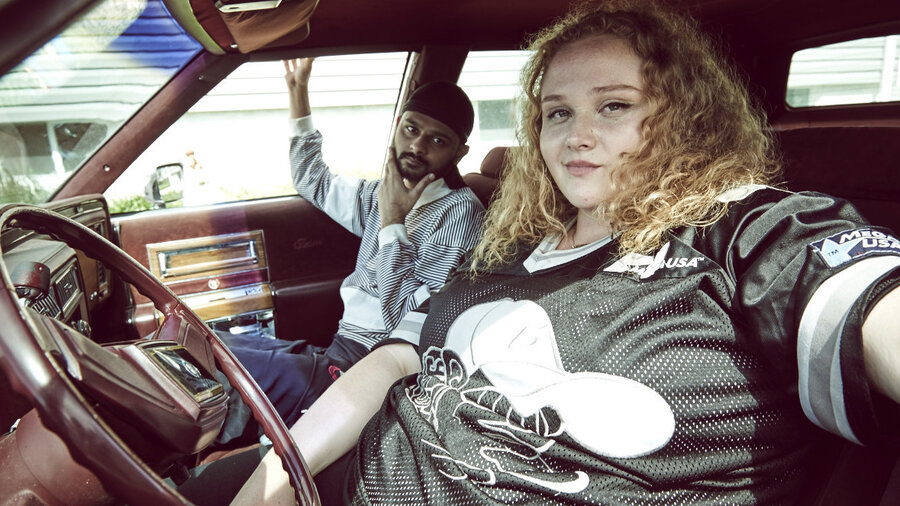 Patti (Danielle Macdonald) is an aspiring rapper who is seemingly stuck in her hometown in New Jersey. She's not taken seriously, especially when her mother is a fairly well known local singer herself. She's also ridiculed for things like her weight and social status. At a show, Patti and her best friend Jheri (Siddharth Dhananjay) meet a performer/producer named Basterd the AntiChrist (Mamoudou Athie) and the unlikely trio comes together to form a group and chase their dreams.

I first heard of this film when it was nominated for an Independent Spirit Award, but I hadn't seen many reviews of it. So when it was an option for an in flight movie, I wanted to give it a chance.

I absolutely love the three leads in this. Macdonald, Dhananjay and Athie have fantastic chemistry together and are completely immersed in their roles. Even if the film follows a pretty typical formula these three are so different from what I'm used to seeing that I didn't care. Macdonald impressed me back when I saw her in Every Secret Thing, but she blows it out of the water here.

For as much as the aspiring musician thing has been done, this film excels when it deals with the relationships between the characters. They're very complex and never feel like caricatures. It makes for an inspiring watch.

Memorable Quote: "You got this. You're a boss bitch." - Patti (Danielle Macdonald)
Indie Gems