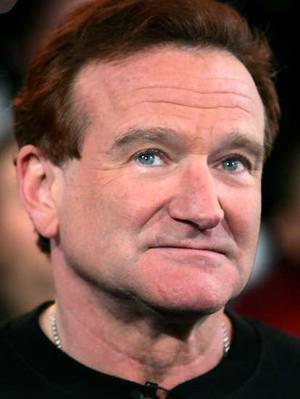 You know the drill, if not please see the "Birthday Posts" bulletin at the top of the page.

Happy Birthday Robin Williams! Whether you like him or hate him, there's no doubt that this man is good at making people laugh, and making people cry. Sometimes in the same movie.

Favorite Film: Good Will Hunting. This was a flick that was just good all around. The entire cast did a great job. Williams was the veteran and not only did he make himself look great, he made the rest of the cast (Matt Damon, Ben Affleck, Minnie Driver, etc.) look great as well. That's a true performer, one that can help himself and help other. I appreciate that. My 5 year old self likes Aladdin the best.

Worst Film: Jack This film was supposed to be touching and ended up depressing. Williams played a boy with an (exaggerated) condition that made him look older. It missed every chance to be charming and felt a lot longer than it's 113 minute run time. It's strange to think this was directed by Francis Ford Coppola, who's usually always spot on. Death to Smoochy is a runner up..yes I actually saw that.

Most Bizarre/Fun/Random: One Hour Photo When I first saw this film, I was still used to funny Robin Williams. I thought of Aladdin, Mrs. Doubtfire, Bicentennial Man, Jumanji. Seeing him as this creepy stalker was a shock to me, but a nice shock. It was different.

Most Underrated: House of D Underrated and Robin Williams don't really go together. He's always front and center of everything he does, so this was hard to pick. I liked David Duchovney's directorial debut. Not very many people saw it. If you haven't, it's definitely work checking out.

Film to see: Dead Poet's Society We watched this when I was in High School..and I didn't pay attention. I tried watching it again on my own time..and got side tracked. For some reason this film cannot hold my attention. It's unfortunate because so many people have such great things to say about it. I definitely need to give it another chance, just to see what I'm missing.

Suggestions are always welcome! What is your favorite? Lease favorite?
at July 21, 2010