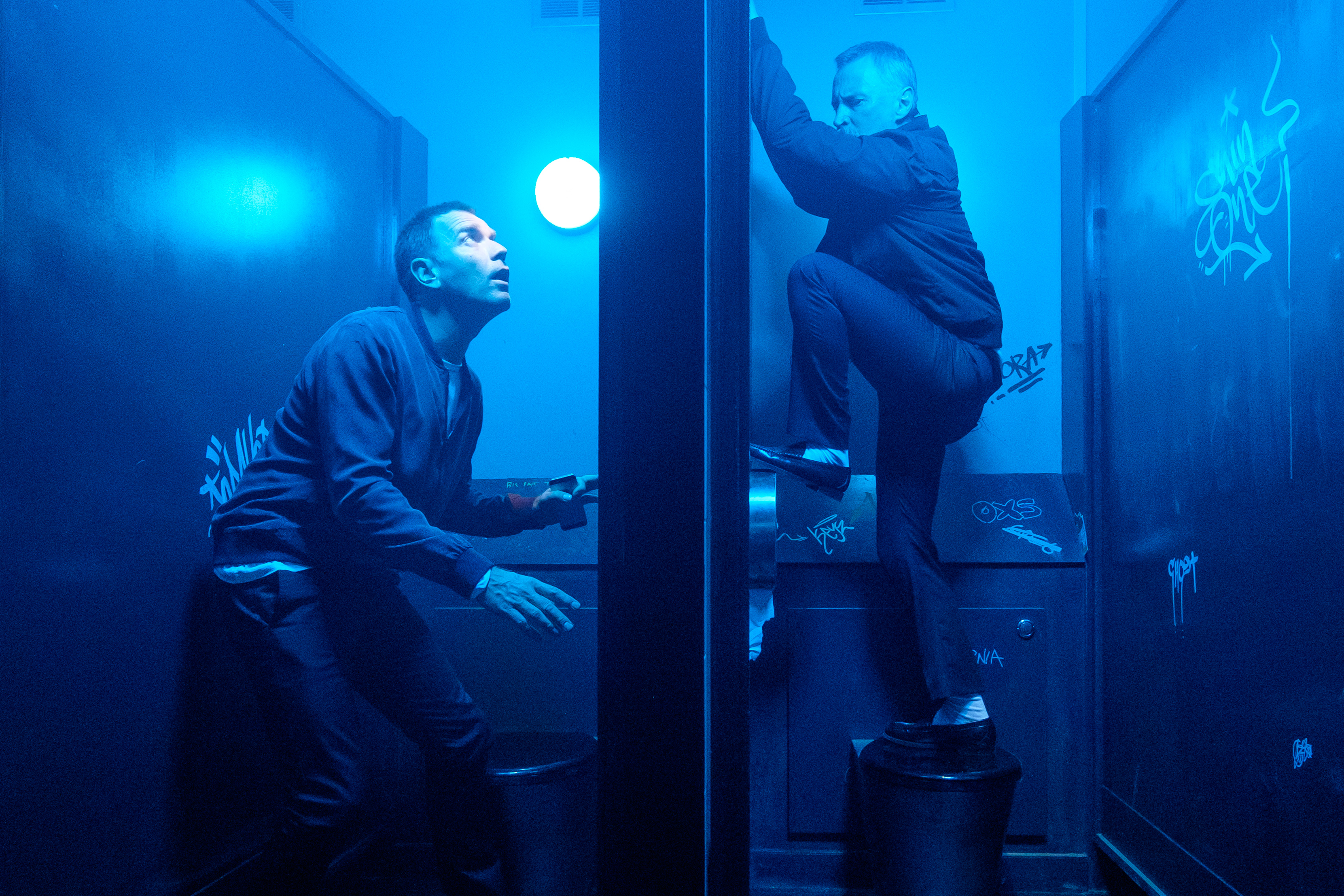 Renton (Ewan McGregor) is a mostly changed man. He's a far cry from the heroin addict we saw take off with a bunch of cash in 1996's original. (Side note, I can't believe that movie is 20 years old) He comes back to Edinburgh intending to pay off his debts to Spub (Ewen Bremner) and Simon. (Johnny Lee Miller) Only Simone isn't ready to let bygones be bygones. He plans on hurting Renton again. Then there's Begbie (Robert Carlyle) freshly escaped from prison and even less happy to hear about Renton than Simon.

Director Danny Boyle makes it easy on you if you don't re-watch the original right before seeing this. He stitches in scenes from the first one as a reminder to what these lads went to, and I found that welcomed. I'm not sure, even after watching this if Trainspotting actually needed a sequel. Nothing profound happens, but it's nice to see everyone back together again.

The fact paced dialogue, the great performances, the stylish shots, those stay the same. T2 relies on nostalgia and occasionally takes a bit too long to get to the point. It's fairly predictable on top of that, but the laughs I got from it were worth it.

Memorable Quote: "She's too young for you." - Diane (Kelly Macdonald)