Showing posts from September, 2019
Show all

2019 Blind Spot Series: In The Heat Of The Night

What I knew going in: Not much other than it is essential Sidney Poitier.  Police Cheif Bill Gillespie (Rod Steiger) is trying to solve a murder case of a wealthy businessman in his small Mississippi town. At the same time, a Philadelphia police officer Virgil Tibbs (Sidney Poitier) is just passing through and minding his own goddamn business when he's taken to the station for the crime of being black. After Gillespie finds out that Tibbs is indeed a cop and and a hell of a homicide detective at that, he reluctantly accepts help from the far superior officer. I'm surprised how little the actual murder mystery in this film matters. In The Heat of the Night doesn't care about the plot driving the characters as much as it does the subtext. This is about racism. A film being made in 1967 about a black man besting a bunch of interchangeable shitbags is an amazing feat. It even won Best Picture at the Oscars*. It's also about small down vs big city dynamics. Tibbs reco
10 comments
Read more

Your psyche evaluation has been accepted. Major Roy McBride (Brad Pitt) is a successful astronaut in his own right, but he also happens to be the son of a legend - Clifford McBride (Tommy Lee Jones) who disappeared years earlier while doing a long range mission somewhere around Neptune. The entire solar system starts experiencing dangerous surges of electricity, and Roy finds out that his father might actually be alive and the primary cause for it. When I bought my ticket today, the person working actually asked me if I was sure. We're pretty familiar with each other since I practically live there so that gave me a bit of pause. Was I going to find it boring like they did? Turns out, I was happy for that precursor because I ended up enjoying Ad Astra a lot more than I thought it would. I saw a critic on twitter describe this as a big budget art house flick, and that's pretty accurate. It is a slow burn, but I never once felt bored by it. Roy goes through quite a fe
14 comments
Read more

It's another TV edition at Wandering Through The Shelves and this week we're talking about fantasy series. I decided to go the animated route this week. I'm throwing it back to the 80's, the early 2000's and one more recent pick. Here's what I came up with. 1) Rainbow Brite This show was before my time but because I had older siblings that grew up in the 80's, we had this on VHS. I always really liked it as a kid because it was fun and I felt cool that none of my friends really knew about it until I showed it to them. Was that was the start of me being a pretentious film snob? 2) Inuyasha This is my favorite anime. I started watching it in high school and I've recently been re-watching it again with my son. I sort of regret letting him see it because damn, I forgot how terrible the character of Miroku is but now we've had several conversations about consent and you can never have too many of those. 3) Star Wars: Rebels This show
15 comments
Read more

You can do it! Brittany (Jillian Bell) is overweight and under-motivated. She decides she wants to change her life and start running. She has a supportive circle of running friends, Catherine (Michaela Watkins) and Seth. (Micah Stock) but nothing is that simple and Brittany still struggles. I think Jillian Bell is really underrated. She's so consistently funny in every role she's in, so when I saw a trailer for this film I knew I was going to watch it for her. The film itself is based on director/writer Paul Downs Colaizzo's best friend and her running journey. Bell of course is very funny. Not all of the jokes work, but most do and I found myself laughing quite a bit, but more than that she makes us feel for Brittany, who is mostly unsympathetic throughout the entire film. The supporting cast is also fantastic. Utkarsh Ambudkar playing Brittanys colleague/friend/fuck buddy/friend Jern was a stand out and they had excellent chemistry. Same goes for Watkins an
10 comments
Read more 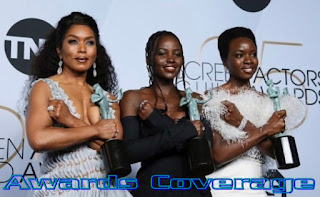 The Emmys have come and gone, and I under estimated Fleabag because it came in and ruined all of my predictions. I can't wait to see it myself. I feel like this was the most surprising award show I've seen in a long time. A lot of the acting wins surprised me. Game of Thrones (thankfully) being shut out of writing and directing was a nice surprise. Especially writing. Unfortunately FOX aired the show so we got way too many Masked Singer references and Jenny McCarthy is possibly the worst red carpet interviewer I've ever seen. But beyond that, let's get into the winners and my thoughts. The winners are in green. Outstanding Comedy Series Barry Fleabag The Good Place The Marvelous Mrs. Maisel Russian Doll Schitt’s Creek Veep Like I said, Fleabag really came out of nowhere for me. I thought Veep would get this, though I was hoping for Mrs. Maisel.  Outstanding Drama Series Better Call Saul Bodyguard Game of Thrones Killing Eve Ozark Pose Succession T
14 comments
Read more

Mettel Ray  is hosting a new blogathon asking us for our TV Alphabets! This is special since her "My Movie Alphabet" blogathon is how I found her in the first place.  And because she's a badass, she also made a cute graphic for the rules: Without further ado, here's my TV Alphabet. I used some "wild remotes" because I wanted a few places and quotes instead of character and show names.   No seriously, just season one. My newest anime obsession. The best anthology series on TV right now. Maybe ever. My favorite character on The Walking Dead, a show that doesn't deserve her. The most polarizing True Detectives. The sexiest vampire of all time. The best characters (and ship!) on Agents of SHIELD. Possibly the greatest villain in TV history. When the snow falls, and the white winds blow. The lone wolf dies, but the pack survives. The Starks are my favorite house in Game of Thrones The f
14 comments
Read more

This week's theme from Wandering Through The Shelves is about break ups. There's no shortage of films dealing with that. The rule I gave myself was not to use (500) Days of Summer because as one of my favorite movies I tend to use it a lot in TMP and it fits here. So here are three other films where break ups play a huge part that I enjoy 1) The Incredible Jessica James Unlike my next two picks, we only really see Jessica's side of her breakup. Which is fine, as the film is about her getting back into the dating field and also meeting someone else coming off of their own break up. I think this is one of the best films Netflix has ever made. It's so funny, I cannot recommend it enough. 2) Like Crazy This film might be the only time I've actually looked at the leading couple and thought "You know, why don't you two split." Jacob and Anna are a great couple but when they are separated and both attempt to move on, I felt bad for the two hone
20 comments
Read more

Get that money Destiny (Constance Wu) is a dancer trying to make ends meet at a strip club when her fellow dancer, Ramona (Jennifer Lopez) takes her under her wing. They devise a scheme to take advantage of the Wall Street employees who frequent their clubs. When I first saw the trailer for Hustlers , I wasn't interested. Then all the strong reviews at TIFF convinced me to go check it out and I have to say there was a good movie in there, but I still left expecting a lot more with the praise thrown at this.  The most interesting aspect of this film to me is that Destiny is recounting her tale to a reporter, Elizabeth. (Julia Stiles) Since it deals with the 2008 financial crisis, that format almost makes this feel like The Big Short from another angle. But I kept thinking there must be more. Aside from Destiny, we really don't learn much about the other women in this story. They touch on sisterhood well, and but I wished they had spent more time on the fallout of
16 comments
Read more

2019 Emmy Predictions: Who Will Win, Who Should Win

The Emmys are next week and like every year, I'm going to predict who I think is going to win, and in some cases, who should win instead. Now, *should* is pretty subjective here because unlike the Oscars, I don't watch all of these shows, whereas I try to see every nominated Oscar film. So maybe others should be winning, but I can only base it off what I've seen. So lets see how I do. Outstanding Comedy Series Barry Fleabag The Good Place The Marvelous Mrs. Maisel Russian Doll Schitt’s Creek Veep Who will win: The Marvelous Mrs. Maisel Who should win: That or Veep This is tough, It's Veep's final time as an Emmy nom but Mrs. Maisel dominated in its absence. Barry and Fleabg are also seemingly popular among voters but I think it will come down to these two. I'll be happy with either win.  Outstanding Drama Series Better Call Saul Bodyguard Game of Thrones Killing Eve Ozark Pose Succession This Is Us Who will win: Game of Thrones Who shou
8 comments
Read more
More posts