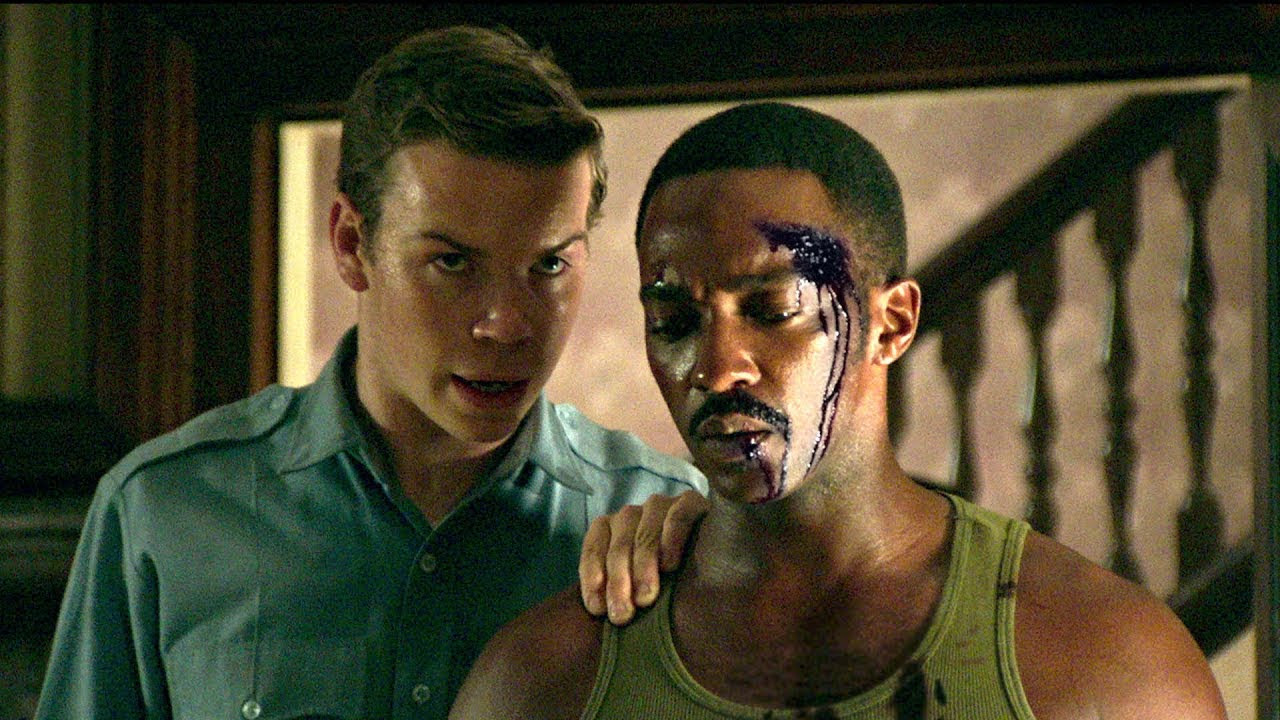 The Detroit riots of 1967 are the focus of this film. Mainly, the incident at the Algiers Motel is the focal point of the story. We follow a security guard, Dismukes (John Boyega) who is just trying to do the right thing and is caught in the fray. There's Larry (Algee Smith) and Fred, (Jacob Latimore) the former an aspiring singer who grab a room at the motel after being told they cannot go on stage during the riots. Julie (Hannah Murray) and Karen (Kaitlyn Dever) are the lone two white females that are stopped at the hotel. Greene (Anthony Mackie) a returning army vet trying to find work is also stopped among others at the hotel. Police Krauss, (Will Poulter) Demens, (Jack Raynor) and Flynn (Ben O'Toole) make their night a living hell.

I always appreciate movies that teach me something new about a time in history. I learned about the Detroit riots, but never specifically what happened at the Algiers Motel. It's cruel and sadly still a possibility today.

History lesson aside, the film is quite messy. It's never bad. It's actually a very good film, however it feels like you're watching three different ones. A history lesson, a triller, and a rushed courtroom drama. The three pieces don't blend well together. It also has the strange feeling of dragging, yet also feeling rushed. At a 2 1/2 hour run time, this film his hefty and could've used some trimming. Yet the trial, the 3rd part of the film is wrapped up so quickly I can't decide if that was a bad move because I knew nothing of the lawyers or a good one because I didn't want to sit there for another half hour.

Acting wise the film is amazing. The two stand outs are Algee Smith and Will Poulter, the former, an amazing singer (though it teeters on melodrama in a few scenes) who's entire outlook on life and his career are trashed by this one night. Poulter I'm so used to seeing as a goofy innocent dude that it was almost jarring to watch him as this racist piece of shit. It's nice to see Game of Thrones alum Hannah Murray get to flex her chops a bit too, and Anthony Mackie is always a welcomed presence. Boyega is also very strong, though sometimes I wonder what exactly he was doing there. (Yes, he's a real person but I was constantly wondering why the police and national guard allowed him to remain at the motel)

Regardless of the film's missteps, it's certainly worth a watch and features outstanding performances from a very talented cast.