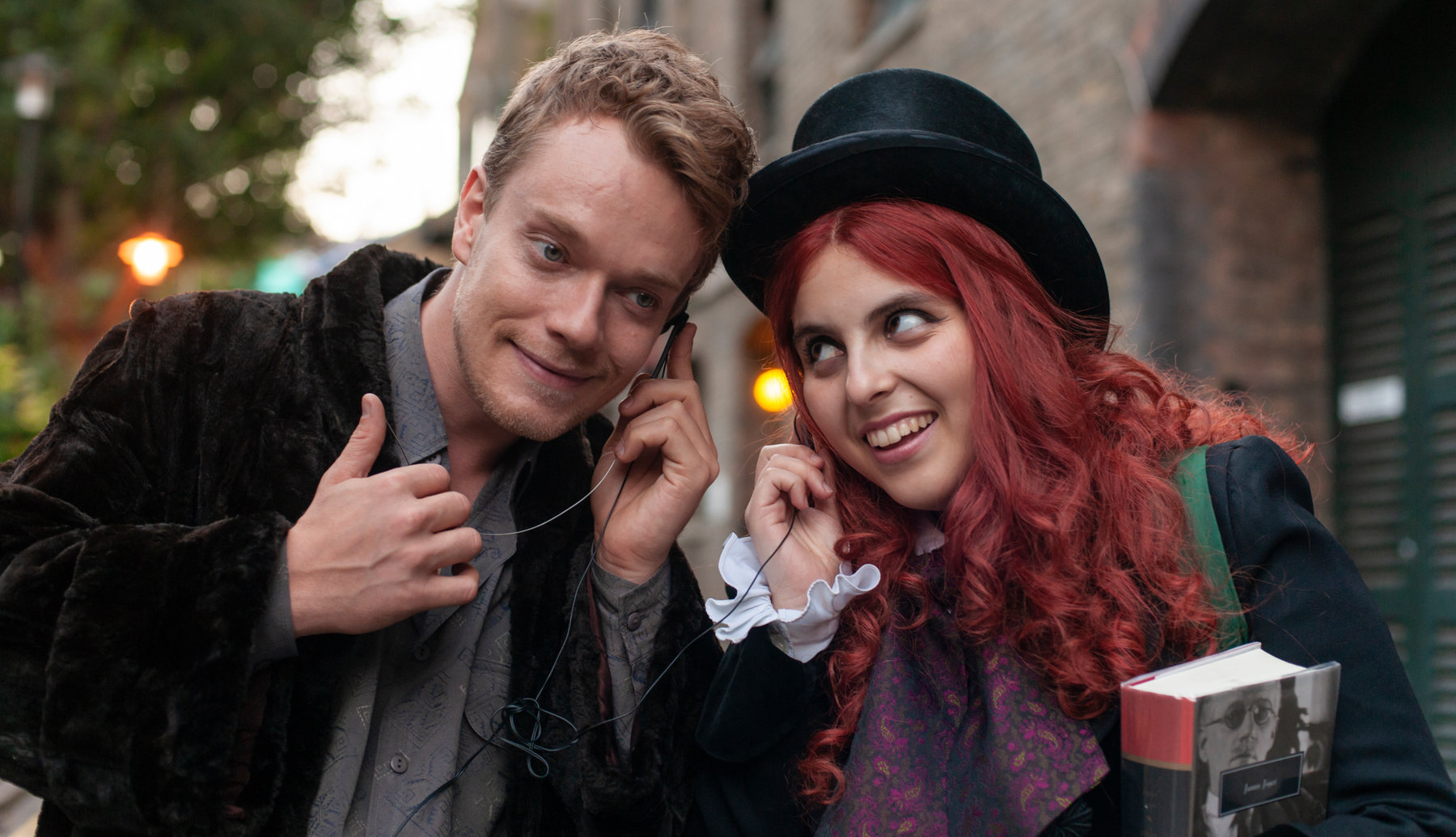 Johanna Morrigan (Beanie Feldstein) is a 16 year old girl from a poor family in the UK who wants to be a famous writing. Her wall is covered with photos of people like the Bronte sisters, Sylvia Path, and characters like Jo March who periodically speak to her as she bemoans the fact that she doesn't have the traditional tragic writer story. She's not an orphan, her mother (Sarah Solemani)  just suffers from postpartum depression and is generally exhausted taking care of 5 kids and her father (Paddy Considine) is too busy trying to re-live his "glory" days of being in a band that went nowhere. She gets a job writing music reviews for a newspaper, then decides to reinvent herself as Dolly Wilde: sex pirate and unapologetic bitch. It does wonders for her writing.

This caught my attention at TIFF last year but now all these months months later, I had forgotten that it was in fact partially based on a novel Caitlin Moran wrote about her life. If you've ever encountered any of her writing, she's brash and hilarious, and plenty of that is on display in How To Build A Girl.

On the face of it, this is a "coming of age" story but told in a way that's feels so different from all the other ones. Not many 16 year olds get writing jobs and experiences like Johanna does, and certainly not as many go completely off the rails. She mentioned at one point that everything everyone ever told her was a lie. Nice girls don't get anywhere, mean ones do.

Beanie Feldstein does a great job as Johanna, the only part she struggles with is the accent. I was always acutely aware that she was not actually from England, but she tried. Two other standouts were Frank Dilane who plays one of her sleazy co-workers and Alfie Allen who plays a singer named John Kite who Johanna becomes infatuated with. His scenes were my favorite. And while we're talking about the cast, Sarah Solemani doesn't have a ton to do, but is very good with what little she is given, but I find it kind of laughable we're supposed to buy her a mother of teenagers. There's a whopping 7 year age difference between her and Beanie and it shows to be honest. They look like peers.

Over all, if you can get past the accent attempt, How To Build of Girl is a refreshing comedy that I'm glad I got the chance to see. It's currently available to rent on Amazon Prime and I'm sure many other VOD providers.