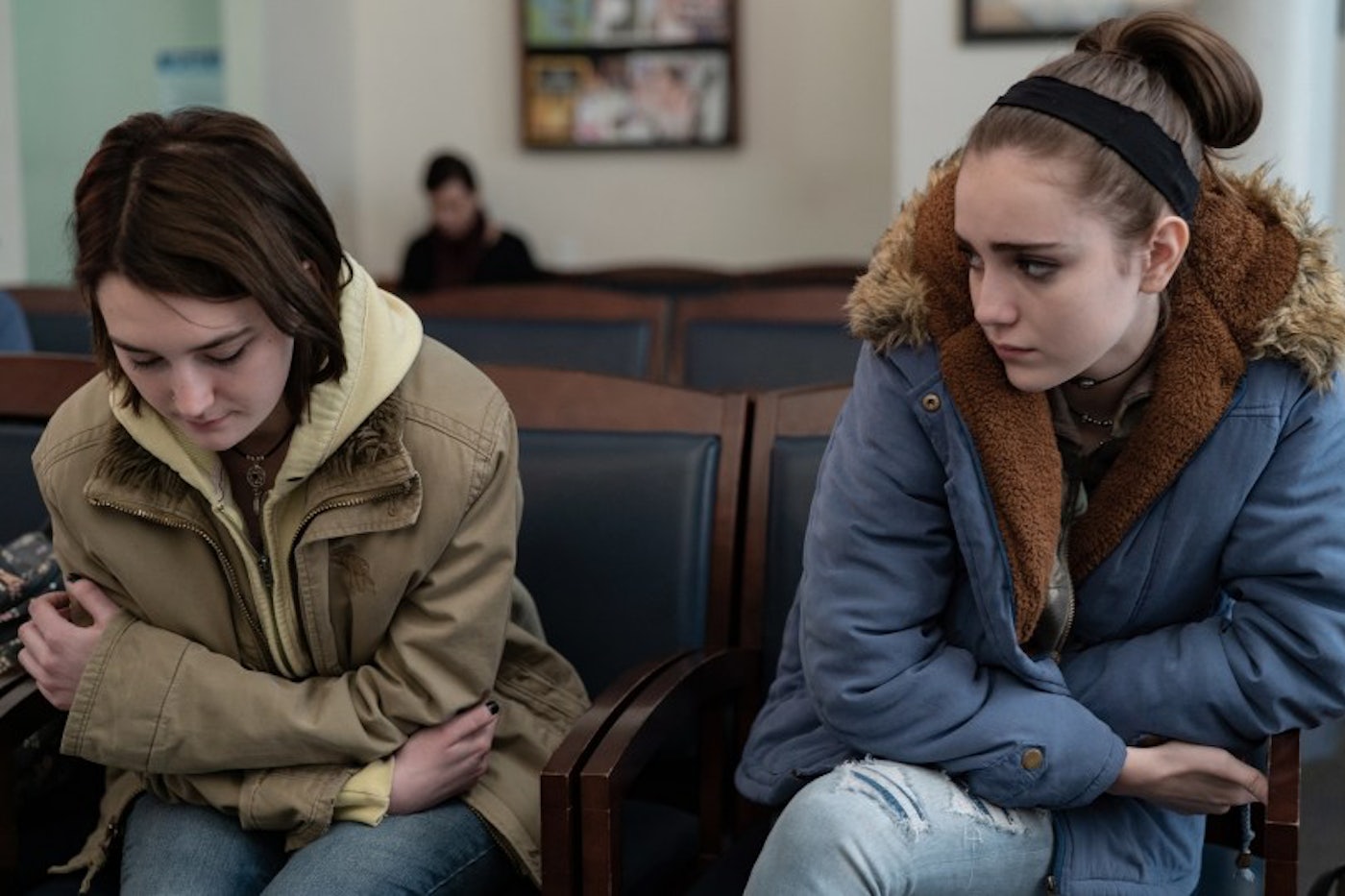 When we meet Autumn (Sidney Flanigan) she's singing her heart out at the school talent show, but her song is drenched in subtext. "He makes me do things I don't want to" she sings. Then later when her family celebrates at the diner, her father refuses to compliment her because she's in a bad mood and she throws water at an unnamed boy's face. She then wanders into a crisis pregnancy center and is told she's 10 weeks pregnant. Her unwavering cousin/co-worker Skylar (Talia Ryder) steals money and travels with her to New York to get an abortion, since hey cannot get one in their home state of Pennsylvania without parental consent.

Director Eliza Hittman is amazing at getting honest performances from young actors. I really connected with her first feature, It Felt Like Love, but was disappointed with her last, Beach Rats. But even though I didn't care for it, it's undeniable that everything happening felt very realistic, and that's how this film feels too. It's infuriating to watch Autumn get terrible information from the anti-choice pregnancy center she goes to, especially when she eventually gets to the Planned Parenthood in New York and they do everything they can to help her.

Another thing I appreciate that Hittman chose to avoid is big city peril. Sure, money is tight for them, and like all teenagers they don't completely think things through. But no one robs them nor do they get stranded somewhere and have to race to get back. Those tropes would've been so easy to write, and it would've brought the film down significantly.

Flanigan and Ryder are very green but I think they both have a bright future. Autumn is an understandably melancholy person but Flanigan never plays her as if she's merely sulking. There's always a lot more to it behind her eyes. The scene where the film gets its title is absolutely heartbreaking. As for Skylar, she deals with plenty of unwanted advances throughout the film in a way that reminded me so much of myself at that age. Being so awkward you just kind of go along with it even though "fuck off" should be the correct response. I felt that.

Quiet films like this can be hit or miss for audiences but I hope this is one you check out.

Memorable Quote: "What do you want me to do?" - Skylar (Talia Ryder)