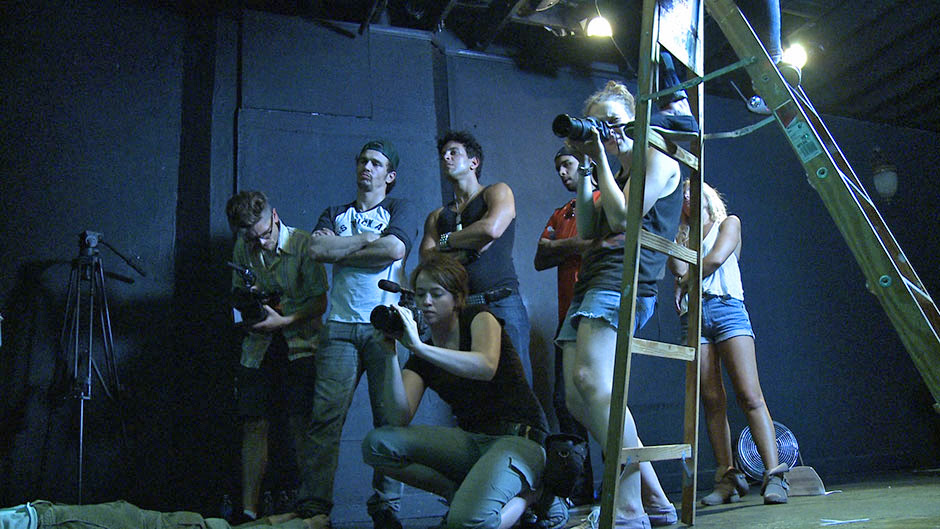 At first, I wasn't sure where Franco was going with this, and I didn't feel like he was sure either. Then in a scene, he explains to Val that everything he's shooting here feels weird to him because of the world around him. Every commercial, every love story is a man and a woman, and he's sick of it. He also mentions sex being a story telling tool, and that people shouldn't be so afraid to put it into a movie. He doesn't see this S&M club as a dark evil place as depicted in Cruising, he sees it as normal.

I feel like this film would've worked better if Val Lauren, for lack of a better word, would've stopped acting like such a little bitch. I get it, as an actor, he's concerned about this project. (As his an unnamed friend/family member who asks him if he's shooting the "Franco faggot movie.") but come on dude, lighten the fuck up. I doubt Franco forced you into doing this. Hell, the most notable thing you've done was a film that James Franco directed himself. His attitude was really off putting. That's what kind of ruined the whole thing for me. I think Franco had really interesting intentions here, but it just didn't come together. I think Val Lauren shares a lot of that blame.

Memorable Quote: "I like his mission, even when I don't understand it." - Val Lauren