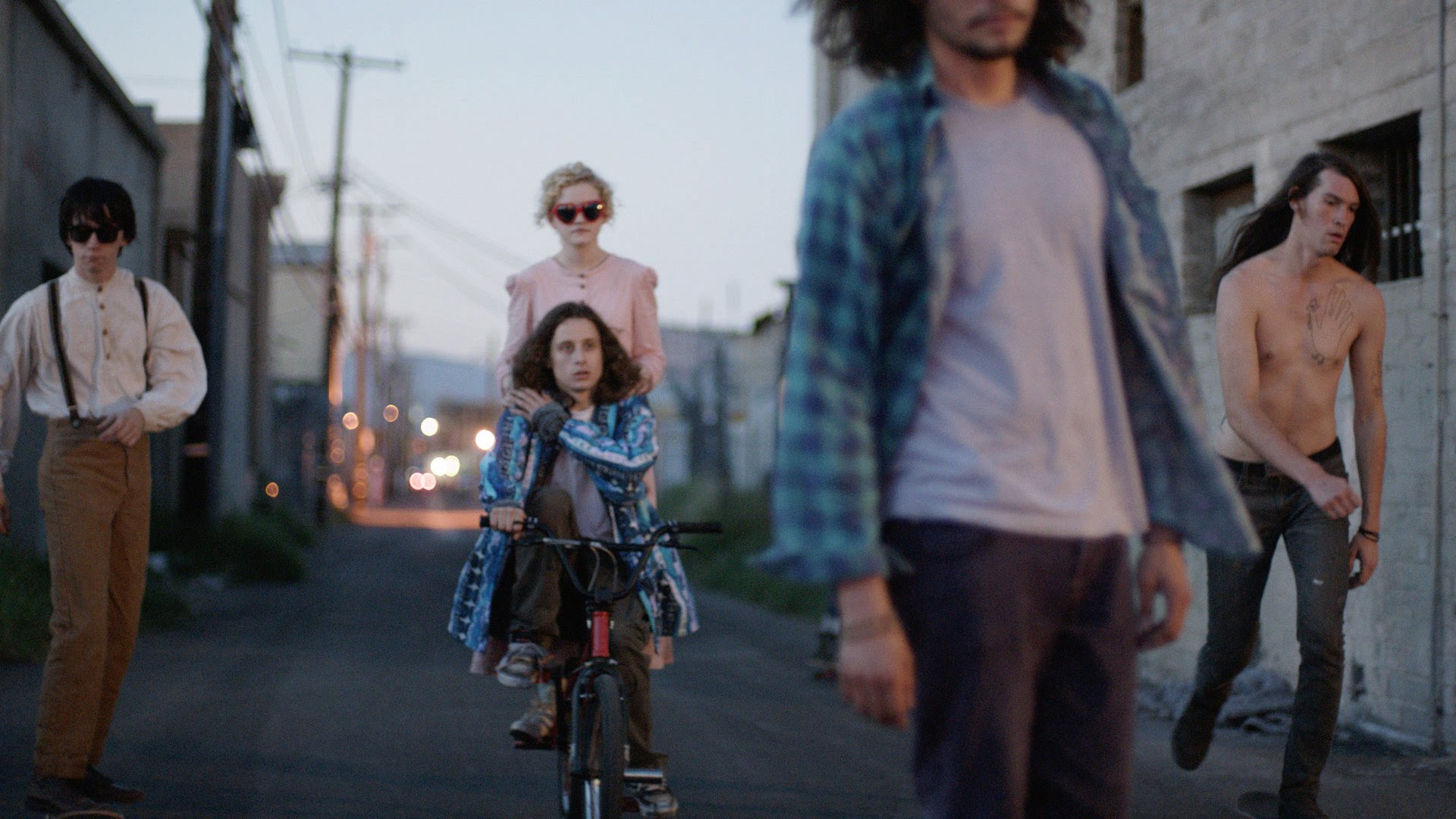 Rachel (Julia Garner, wearing an awful clip on braid) is from a fundamentalist Mormon community. She's curious, but sheltered by her father, Paul. (Billy Zane) Her mother, Gay Lynn (Cynthia Watros) isn't as strict, and tells her daughters stories of her travels outside their farm. One day, Rachel sneaks a VHS tape of a man singing, and then falls pregnant. She thinks the tape impregnated her. She runs away to Las Vegas hoping to find the singer on the tape, instead she meets a misfit named Clyde (Rory Culkin) who will change the way she views things. Mr. Will (Liam Aiken) who's accused of being the one that actually knocked up Rachel, chases after her.

This is one of those movies where you REALLY have to suspend belief, because the ending is actually pretty ridiculous. Once you've done that, the film is actually quite sweet and enjoyable. The thought of a naive young girl going to Las Vegas could be a horror story, but that's not what happens here. Regardless of some of the things Clyde and his friends do, it's nothing sinister. Rory Culkin, as I've mentioned before is a fascinating young actor, and I enjoyed his performance. Garner was good as well, and I haven't seen Aiken around since Lemony Snicket.

The film is beautifully shot and offers a great soundtrack. It's available now on Instant Netflix.

Memorable Quote: "Can I go with you?" - Rachel (Julia Garner)
Indie Gems