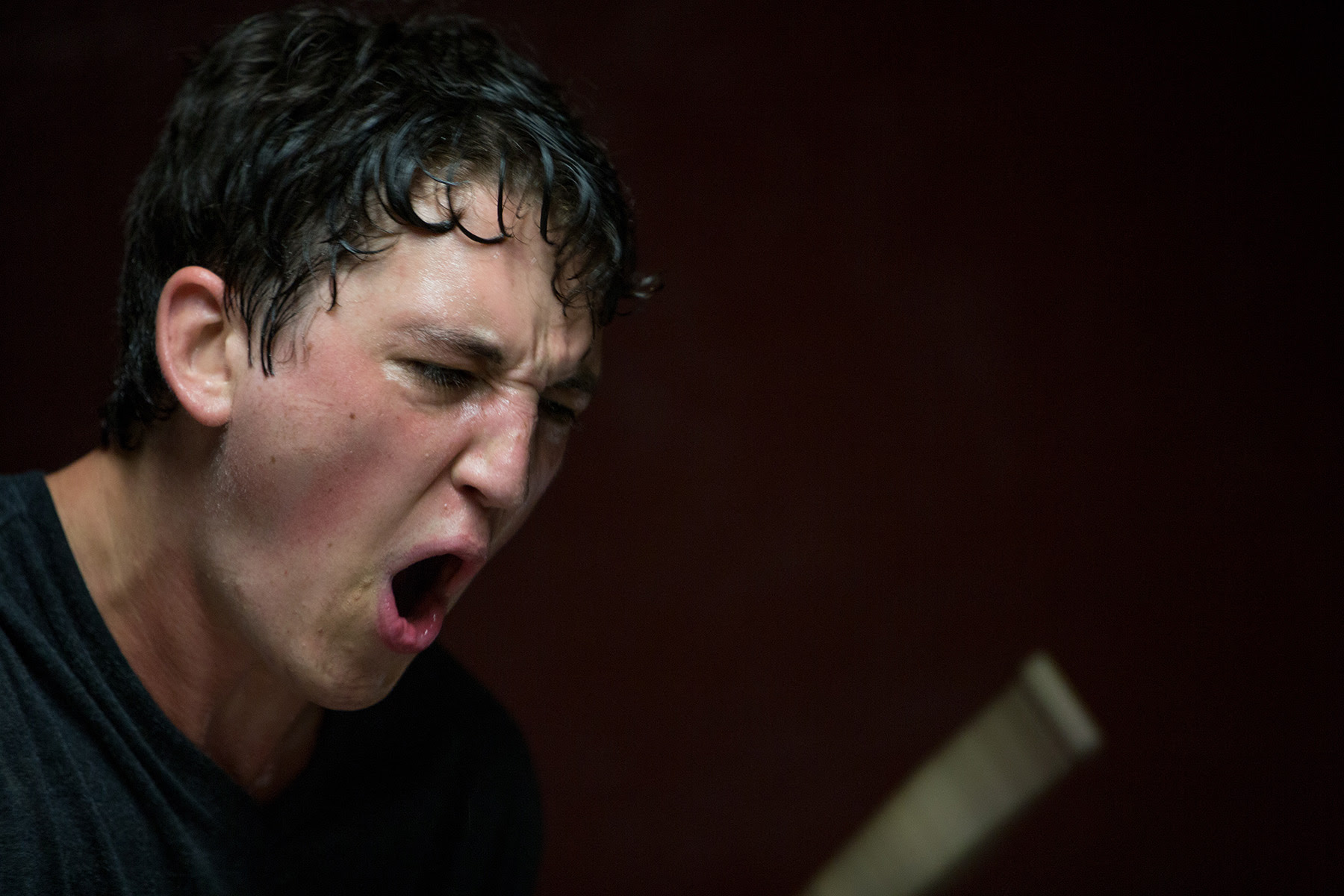 I played the drums all through high school. When I was in junior high, I had an awful band teacher. He was rude and picky and he kind of made me hate the instruments I had grown to love so much. Seeing Fletcher in action made me realize I had it easy.

Andrew (Miles Teller) is a jazz drummer that has been accepted into the most prestigious music school in the country. One that has a studio band run by a very aggressive conductor, Terrence Fletcher. (J.K Simmons) Fletcher pulls Andrew from practice one day and lets him sit in the studio band. He feels a little cocky about it, and soon Fletcher begins to break him down in some pretty extreme ways.

Obviously Simmons is great, he's winning every award there is out there and rightfully so, but Teller isn't getting nearly enough credit. This is the best performance I've seen him give too.