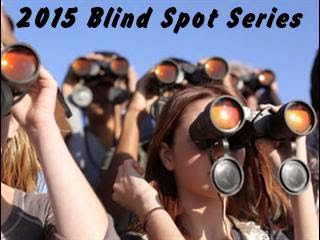 What I knew going in: I had seen clips of this on IFC's Indie Sex documentary.

Dawn Wiener (Heather Matarazzo) is an awkward 7th grader who is severely bullied at school and neglected at home in favor of her smarter older brother and her perfect little sister. She has no clue how to act in social situations, so when some people are kind to her, her anger gets the best of her and she lashes out. She's so desperate for attention that she latches on to any boy that will say more than a few words to her.

Being a lover of independent films, I know this is one I probably should've seen awhile ago. It's frequently talked about and has almost somewhat of a cult following. This is a role that Matarazzo will known for the rest of her life for playing. No one could've played Dawn like she did.

As for living up to indie level hype? I'm a bit torn on a few things. While Junior High is quite literally the worst, I was a bit distracted by some of the things that went on here. They were almost too over the top. Dawn's locker graffiti being left up all year long, the entire class chanting "wiener dog" at her during an assembly without any teachers doing a single thing. I'm sure variations of these things happen, but it brought me out of the moment a bit. I know the film is technically a dark comedy, but that's never the feel I got from it. I always felt like it was quite tragic.

That being said, the good far outweighs the bad. I liked the performances, the "angry" music that played off and on to transition scenes. Melissa Toth, the costume designer honestly should've gotten an Oscar nomination based on Dawn's attire alone. She's criminally underrated for her work. There's a sequel of sorts in post production right now, though Matarazzo won't reprise Dawn. (She feels that playing her again would soil the ending of this film.) So Greta Gerwig will step in instead. I'm not sure how to feel about that.