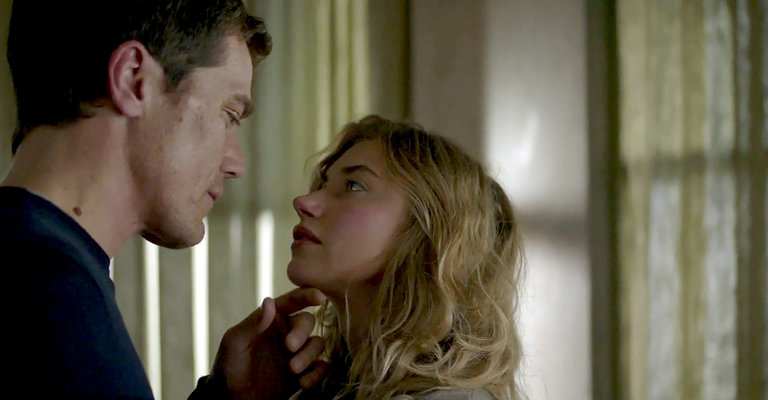 Frank (Michael Shannon) is a chef is Las Vegas. His girlfriend, Lola (Imogen Poots) is fresh out of college and is working as a graphic designer. After a rough spot in their relationship, Frank learns about a man in Lola's past named Alan (Michael Nyqvist) and while he goes to Paris for an audition to be executive chef at a new restaurant, he decides to pay him a visit.

I really enjoy short crime/thrillers. Red Eye is another that comes to mind. Frank & Lola clocks in at 88 minutes and doesn't give us time to drag. It's also a very understated thriller. No car chases, no one gets murdered. At the heart of it, it's really about these two people deciding how much their relationship means to them.

Shannon and Poots are both very good. They have believable chemistry and despite how cold they are to each out in various points of the film, you want them to work out.