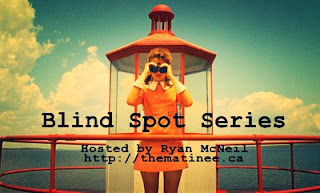 What I knew going in: The entire plot.

Shakes(Joseph Perrino), Michael (Brad Renfro), Tommy (Jonathan Tucker), and John (Geoffrey Wigdor) are four friends growing up in Hell's Kitchen. When a prank they play goes disastrously wrong, they're sent to a reform school where they are subjected to an unspeakable amount of violence. We cut to more than 10 years later and they're all grown up. (and played by Jason Patric, Brad Pitt, Billy Cudup and Ron Eldnard) They plan on taking revenge against the guards at the reform school, but they need the help of the one stable adult in their lives, Father Bobby. (Robert De Niro)

This was one of those films where I had heard so much about it and had seen bits and pieces that I felt like I had already watched the entire thing. I'm glad I finally sat down and got it in one sitting, but man is this film long. They could've shaved off about 30 minutes of it.

The story was harrowing but so fascinating. They did a good job of balancing the story between past and present, even though it got a bit long. Personally, I wanted more from the court room scenes. What I loved was the use of narration. I know that gimmick isn't popular but I love it, especially when it's done right like it is here.

Despite the strong cast, acting wise the only one that really stood out to me was Robert DeNiro. His face when Shakes tells him what happened at the reform school was heartbreaking. Watching him try to keep it straight while processing all of that information was extraordinary. Don't get me wrong, everyone is good. But De Niro knocked it out of the park.