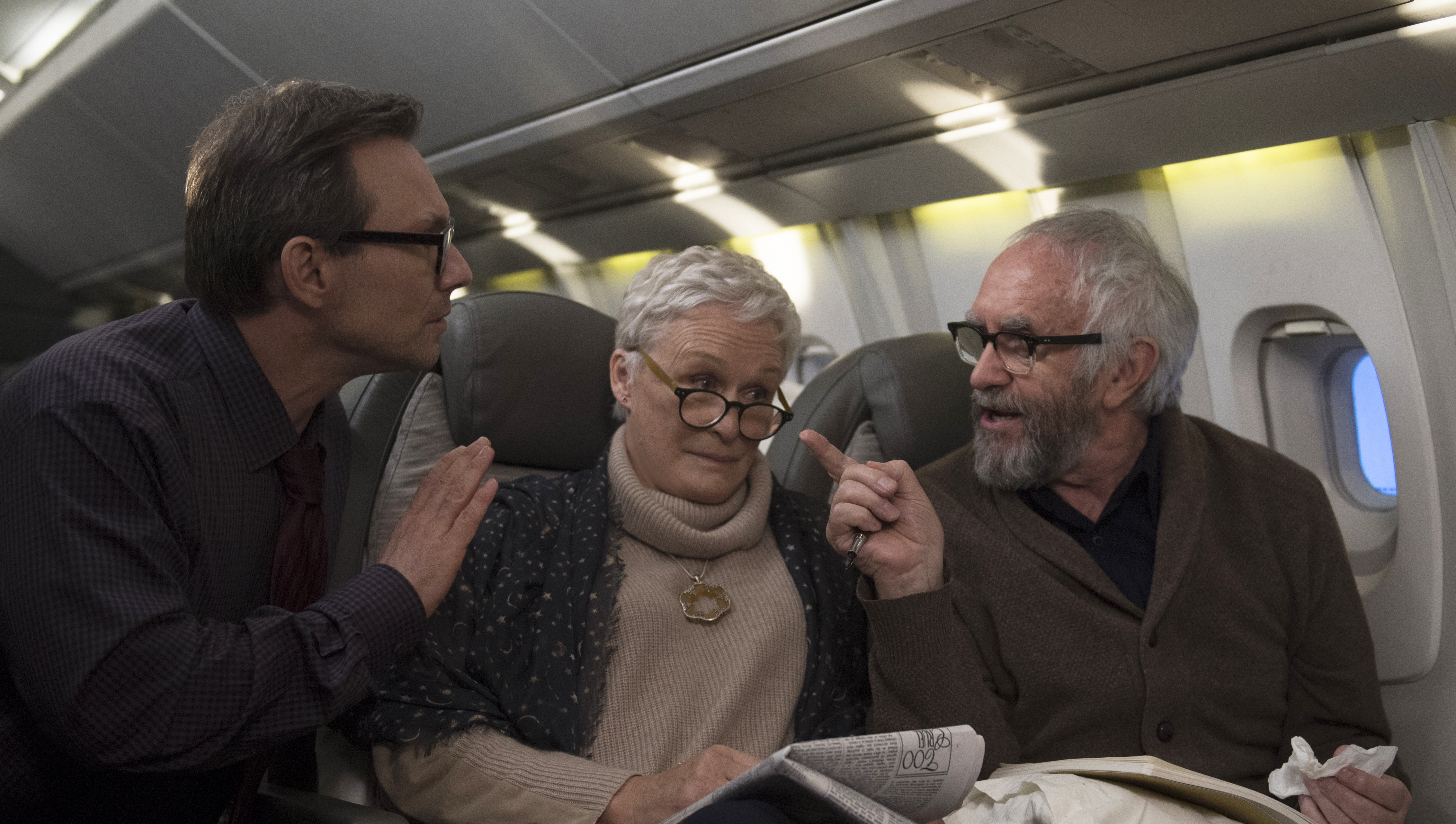 Joe Castleman (Jonathan Pryce) is receiving the Nobel Prize for literature and his wife, Joan (Glenn Close) who essentially has been ghost writing his work for their entire marriage finally starts to question her life choices.

Truth be told, if a certain corner of the internet hadn't been raving about Glenn Close's performance all summer, I probably would not have sought this out. But I had to see it. I had to see what has been deemed her Oscar winning performance before the nominations have even been announced.

The Wife is easily the most ironic movie I've seen all year. Ironic in the way that Joe laments his son for using cliches in his work, and Joan points out to Joe that his characters are wooden and don't come alive. That's exactly how this movie feels. Joe ticks off all of those stereotypical womanizer boxes. He's got an emo writer son who he doesn't pay attention to and of course attempts an affair with an artsier, younger woman than his wife. It's almost to on the nose.

As for the acting. Close is good, don't get me wrong, but she's mostly required to stare off into the distance while stewing in her anger. A few times she gets to raise her voice, a few more times she gets to laugh. Close has been better than this several times before. I'm honestly a bit perplexed at this being her apparent Oscar vehicle. Pryce and Christian Slater are also quite strong but Max Irons who plays the couple's son, and Harry Lloyd who plays the younger Joe are both quite dreadful. Not that they had much to work with anyways.

The one thing I admire about this movie is that it's short. It clocks in at 80 minutes which is the perfect amount of time to watch poor Joan get overshadowed at every turn. I don't think I couldn't taken any more disappointment of wanting Joan to get the credit she deserves. I suppose the film did make me care about her, but this movie is beneath Joan. Maybe she should've proofed the script.