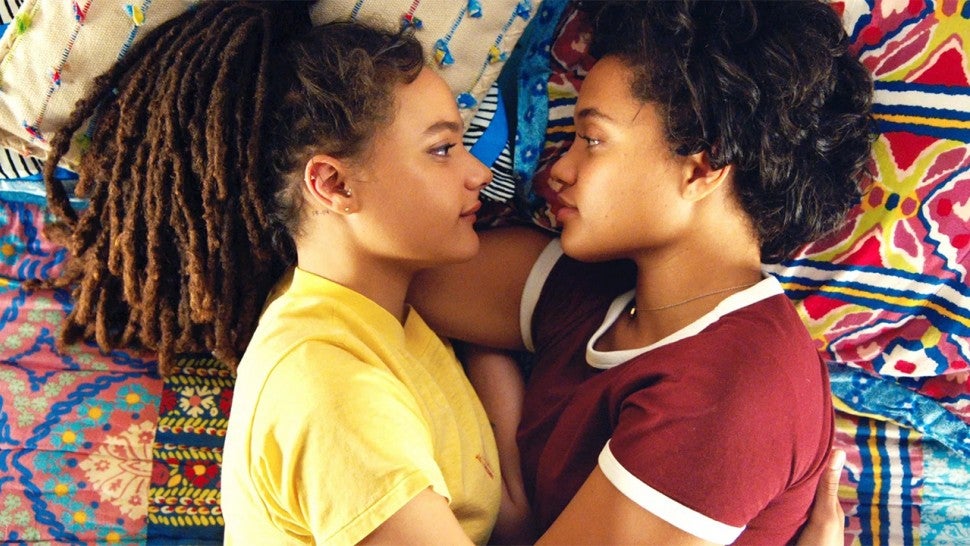 Sam (Kiersey Clemmons) is a few weeks away from heading off to medical school and her father, Frank (Nick Offerman) isn't coping well. His record shop is about to close, they're broke, but they still bond over making music together. Even if Frank has to beg Sam to do it. When they record a song, he puts it on Spotify without her permission and when it gets some attention, he tries to get her to form a band with him.

The music in this film is lovely, particularly the title song, but nice music isn't enough to distract me from the fact that Frank was kind of awful. He has Peter Pan syndrome and he's trying to drag his daughter down with him. She has hopes and dreams but for the majority of the film he's fine with trashing those for what he thinks should be their joint dream. It wasn't played maliciously, but I couldn't look past it. It didn't help that Offerman was way out of his league here. He has a particular range and while I applaud him for trying to get out of it, it didn't work here. His character wasn't great to begin with so it was always going to be an uphill battle.

Kiersey was very good. I liked the relationship she had with her girlfriend Rose. (Sasha Lane) Their scenes served as a nice break from what Offerman was doing. I'm disappointed I didn't enjoy this as much as I thought it would. It doesn't have nearly enough charm as similar films such as Begin Again and God Help The Girl did.