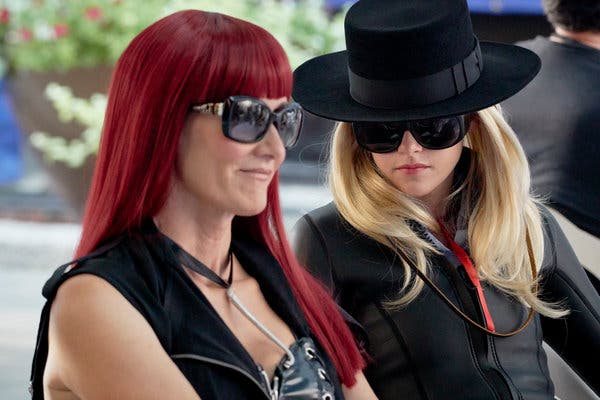 Savannah (Kristen Stewart) has just moved to San Francisco. She takes over an apartment owned by her brother, Geoff (Jim Sturgess) and sister-in-law, Laura. (Laura Dern) Laura wrote a best selling book under what she calls an "avatar", JT LeRoy, a young man who grew up in poverty and prostitution. She convinces Savannah to pose as JT in public, and the rest is history.

I first heard about JT LeRoy around 2006-2007 when I happened upon a movie based on his book - The Heart is Deceitful Above All Things. Asia Argento starred and directed (Diane Kruger plays a version of her in this film) and actors like Jeremy Renner, Ben Foster and the Sprouse twins were in it. It was very disturbing, and also very different from films I had been watching at the time. It grabbed my interest, so I read JT's novels along with it. Of course a quick Google search showed that JT wasn't a real person but the audacity of his hoax was just fascinating to me.

There's already been a documentary on this hoax from Laura's perspective, plus many interviews, so I was excited to see that this was being adapted from Savannah Knoop's memoir, Girl Boy Girl. (Which I also read and enjoyed) and her side of things is a breath of fresh air in the LeRoy drama.

Kristen Stewart and Laura Dern are so perfectly cast that I can barely comprehend it. They were perfect incarnations of Savannah and Laura. Laura's manipulation of Savannah is so clear, as is her own temptation with living in the lime light. It covers nearly all of the big beats of her memoir. Unfortunately this film is so fast paced that it feels rushed.

If you've ever followed the JT Hoax, this is a must see for you, and even if you haven't, I think this would be an enjoyable nonetheless.