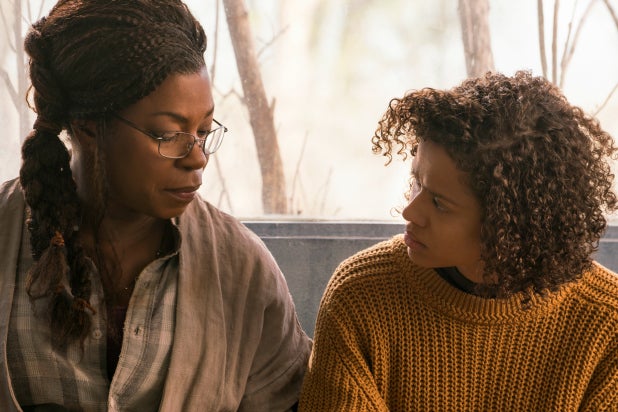 Ruth (Gugu Mbatha-Raw) has seizures that cause earthquakes and finds herself on the run from scientists who want to experiment on her. She's forced to go back home to her mother, Bo (Lorraine Toussaint) and the daughter she left behind, Lila (Saniyya Sidney) and hide out. But they have super powers themselves that manifest differently than Ruth's.

Fast Color came on my radar because it's one of the few sci fi movies directed by a woman. It turns out, I had seen and enjoyed one of director Julia Hart's previous features - Miss Stevens - earlier this year.

For a film about super powers, this is very understated. I read that Hart plans on making this universe into a TV series and that makes sense given you get the feeling that there's a lot more that needs to be said when the film really doesn't have time for it.

Mbatha-Raw always gives amazing performances as does Toussaint. I loved the cast in this, and even though we don't know a lot about these characters, we know enough to make everything meaningful.

I hope Hart gets to expand on this because I'd love to know more, and even with that in mind, Fast Color is definitely worth your time.

Memorable Quote: "Don't be in such a rush to leave." - Ruth (Gugu Mbatha-Raw)
Indie Gems