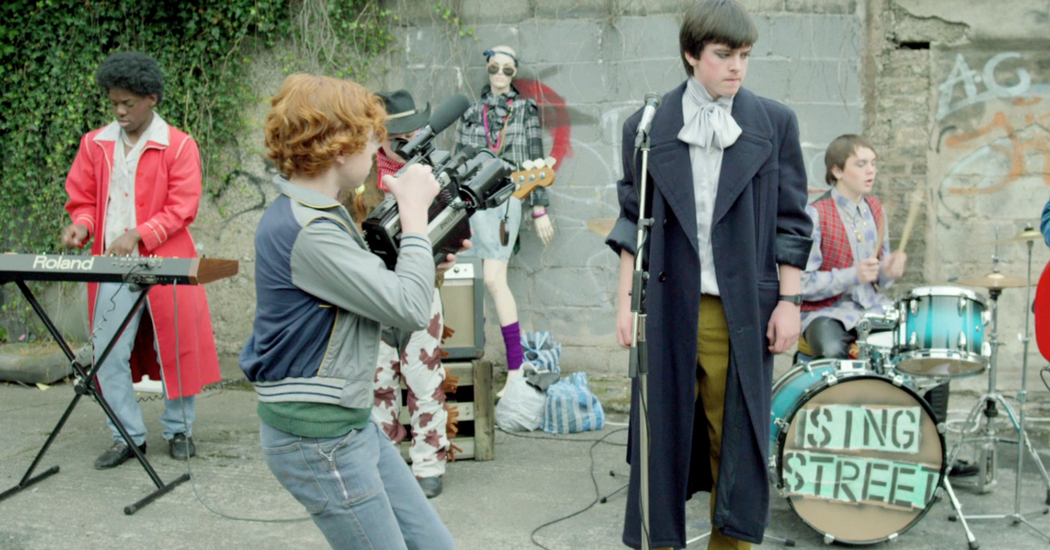 When Conor's (Ferdia Walsh-Peelo) family runs into money troubles in 1980's Ireland, they send him to a new school. He's bullied the first day by another student, and by a priest who gets after him for the color of his shoes. Then as he's leaving he sees a girl, Raphina (Lucy Boynton) standing outside the school. She says she's a model, so to impress her, Conor offers her a part in his band's music video. Then he goes off to start said band.

I kind of boycotted this movie when it first came out. I loved director John Carney's other films, Once and Begin Again. Then he went on this tirade about how Keira Knightley wasn't a good actress or singer in Begin Again and he was completely wrong about it so I decided not to give that dick some theatrical money. He apologized, I got over it, and now Sing Street is on Netflix Instant.

It really is a wonderful little gem with catchy songs that I hope get some attention in the Best Original Song category at the Oscars. Walsh-Peelo has a wonderful voice and carries the film well. Jack Reynor also gives an excellent performance as Conor's older brother whom he looks up to. Beyond those two and Boynton, the film doesn't really try to develop any of the other characters, which does end up being its weakness.

Carney's ending are usually split in two. Some love them, others hate them because he tends to not put his couples together. This one is different, and it makes you wonder what's going to happen next.

Memorable Quote: "You're the youngest, and you get to follow the path that I macheted through the jungle that is our mad family." Brendan (Jack Reynor)