It's summer in Florida, and six year old Moonee (Brooklynn Prince) runs around the shady motel that she and her mother, Halley (Bria Vinaite) currently reside. Halley loves her, but she doesn't have a steady job nor does she put much of an effort in looking after her. Moonee spends her days playing with her friends, destroying things and occasionally bothering the hotel manager Bobby (Willem DaFoe)

It's almost impossible to watch this movie and not get judgy if you're a parent. My child is also six, and the thought of letting him run around the way Moonee and her friends do with zero supervision is baffling to me. Watching Halley not putting in a huge effort to have a steady job is hard to watch too. That aside, seeing everything through Moonee's eyes is a perspective we don't get very often in film. When you first see her, she looks like a precious child. Then she goes off to spit on someone's car window and call the owner a "ratchet bitch." She's definitely a product of her environment and that's what makes her so interesting to watch.

Brooklyn Prince is magnificent is Moonee. Watching her is like watching a home video. She's so natural in this role that there's no sense at all that she's acting. Sometimes with child actors you can tell when they're just saying lines they were reminded of a few minutes prior and that's never the case with her. She has a scene towards the end of this movie that absolutely broke me. Bria Vinaite is also great as her foul mouthed mother. She dials the "trash" factor up to eleven. (a side note, those are the actress' real tattoos and they are gorgeous) And finally there's Willem DaFoe, the manager who's mostly 100% done with everything. You can tell even through his hard exterior that he cares, especially about Moonee and the other kids that are just left to wander.

The Florida Project does suffer from some pacing issues. About half way through the film I started to wonder if there was going to be a point or climax to all of this. A lot of it is small scenes of Moonee just doing her day to day, but it does eventually have one.

I'm glad I watched this film during Dell's Girl Week. Hopefully we see a lot of little Brooklyn Prince in the future. 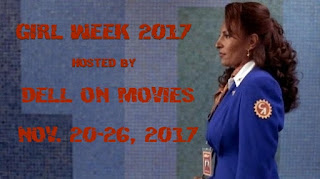