What a perfect time for Dell to star his annual Girls Week. While a woman does not take center stage in front of the camera, director Dee Rees is the true powerhouse behind this film.

We follow two families working on farms in rural Mississippi during WWII. The first family, Henry McAllen (Jason Clarke) his wife Laura (Carey Mulligan) their two young daughters and Henry's father (Jonathan Banks) move out and really don't have the best grasp on things. Another family that has their own farm nearby an occasionally helps them are the Jacksons. Hap (Rob Morgan) his wife Florence (Mary J. Blige) and their children. Each family has a member coming home from WWII. Ronsel (Jason Mitchell) is Hap and Florence's oldest son whereas Jamie (Garrett Hedlund) is Henry's brother. Despite all the racism of that time, those two are able to form a true friendship while they both battle the effects of the war.

Director Dee Rees made a film a few years ago called Pariah that I absolutely loved. She's equally as confident behind the camera here. What I love most is how differently she shot the families. The Jacksons are good at what they do and have a loving household. They're shot as such, even when things get bad for them. The McAllens always have twice the mud and grit as the new farmers and genuinely worse people. That's another thing Rees doesn't shy away from. This film is hard to watch.

Watching the McAllens treat the Jacksons like absolute garbage is infuriating. I kept turning to my husband during this and saying "Can you imagine actually treating someone like this?" After watching Jonathan Banks as Mike Ehrmantraut on Breaking Bad/Better Call Saul for so long, seeing him as this racist piece of shit is jarring. I also enjoyed how the film tackled post WWII PTSD. I feel like while we get films about that subject they're usually after later wars. So seeing one take place in this time frame feels fresh.

The acting in the film was outstanding. The only one who was unremarkable was Jason Clarke, those I suppose he was effective because I kept hoping a building would fall out of the sky and land on his character. The MVP for me was Rob Morgan as Hap. I really hope he lands a Supporting Actor nomination. Everyone is talking about Mary B. Blige, who is also wonderful in her role, but Morgan needs to be in the discussion too. And of course, Mitchell and Hedlund sell their scenes beautifully. I just wish we could've had more of them.

That brings me to my only issue, I wanted to be with Ronsel and Jamie more. They were the core of the story and not having read the book, I assumed we would see them in the war together too, which wasn't the case. I wanted to spend the majority of the time with them and the Jacksons, but we cut back to the McAllens way too often. Their racism was disgusting and exhausting. It's important to see the ugly, I know. But it's hard when the other parts of the story are just so much better.

Mudbound is a heavy film, especially for what I normally find on Netflix, but it absolutely deserves to be seen.

Memorable Quote: "My sons are not getting down from that wagon." - Hap (Rob Morgan) 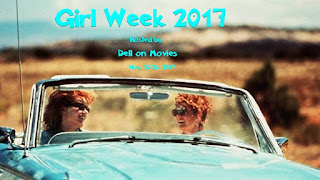