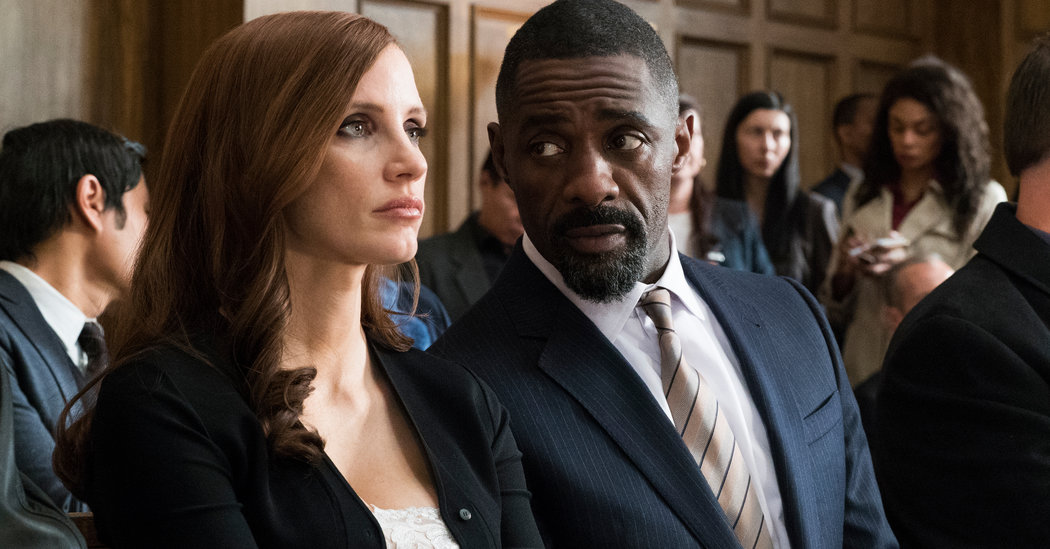 After having her Olympic dreams shattered, Molly (Jessica Chastain) moves to Los Angeles and starts working as a cocktail waitress. Eventually, Dean Keith (Jeremy Strong) approaches her to work as his secretary, and eventually to help run his underground poker ring. After making $3000 in tips in one night, Molly knows exactly what she wants to do, and eventually takes the game from Dean and makes it her own.

I was a bit skeptical of this film at first. I don't care about poker and from what I read about Molly, I didn't see Chastain in the role. I was wrong on all fronts, thankfully. Aaron Sorkin's directorial debut goes off wonderfully and makes a subject that didn't interest me before fascinating.

I love Sorkin's fast paced dialogue. I know it's very divisive among film fans but it's always worked for me. This film clocks in at two hours and twenty minutes and you don't feel a minute of that with the fast pacing.

Chastain was great, I don't know why I questioned her in the beginning. Idris Elba is the standout for me as her lawyer. He has some intense scenes where he defends her and some softer scenes with his daughter. I wish he was in the Oscar conversation more, because I loved him here. The person who really surprised me the most was Michael Cera. He plays "Player X" a celebrity that attends Molly's LA poker games and he's an absolute weasel. It's nice to see Cera do something different, and he was awesome here. It's quite obvious which real life actor he was supposed to be.

Sorkin proves he can handle himself behind the director's chair. This film is the biggest surprise of the year for me.

Memorable Quote: "They didn't believe I was a cocktail waitress? Aww...was it because I wasn't?" - Molly Boom (Jessica Chastain)