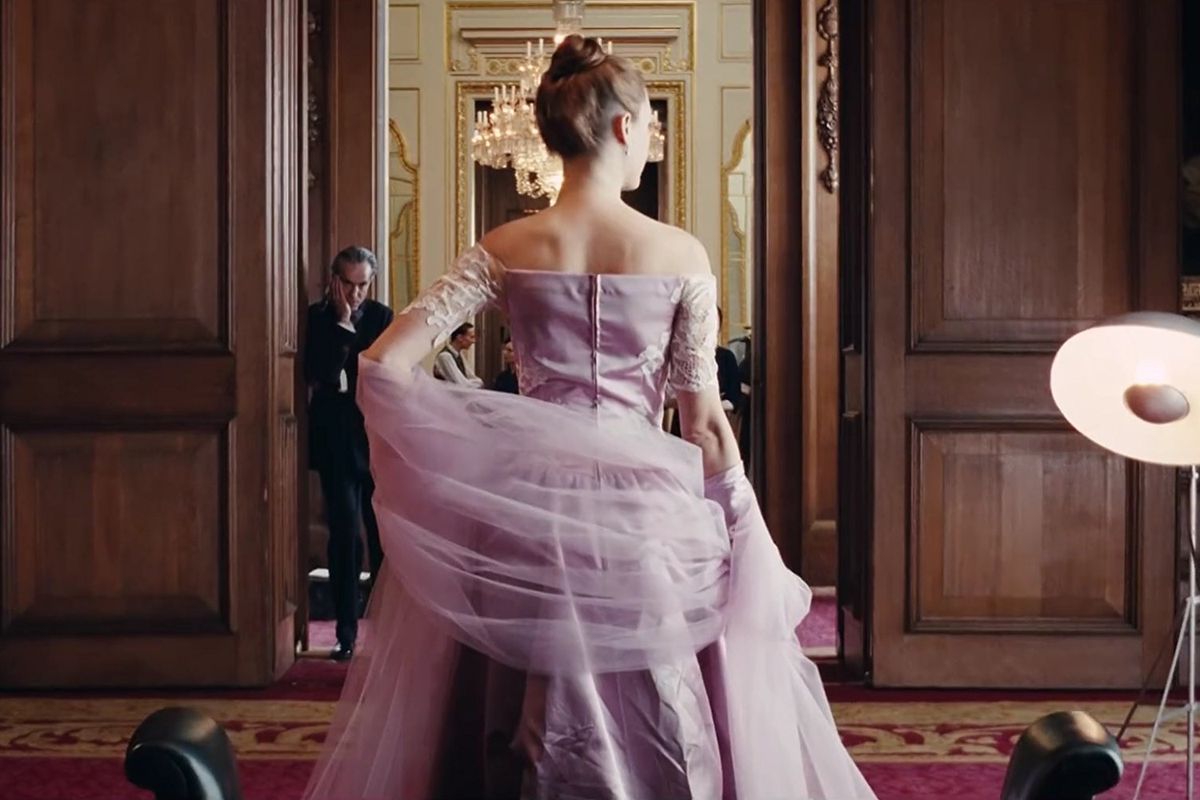 Reynolds Woodcock (Daniel Day-Lewis) is a sought after dressmaker in 1950's London. He lives with his sister, Cyril (Lesley Manville) and their house is full of employees that help create Reynolds' work. To say he's eccentric is putting it a bit lightly. One day, he meets a waitress named Alma (Vicky Krieps) who becomes his new muse.

Now, calling Reynolds "eccentric" is really just a nice way of saying that the guy is kind of a twat. Think Sheldon Cooper only fashion is his science. We open the film with him being utterly bored with his last muse/lover, and his sister casually tell him she's "getting fat waiting around for you to love her again" so when he starts his affair with Alma you know it's bound to go south at one point or another. And it does, then it goes in a whole other direction.

Confusion has never looked so beautiful. And Phantom Thread is a beautiful movie. The production design and costumes are exquisite and the score is easily one of the most beautiful of the year. But I was not expecting this movie to be so damn weird. To be fair, I went in expecting it to be a bit pretentious and while it toes that line occasionally it really took me by surprise. I'm not sure if it was a good surprise or not, This is a film that's going to have to sit with me for a while.

Daniel Day-Lewis is excellent in his final film performance. Of course, I don't really believe this will be his last but that's what we're calling it for now. He captures Reynolds' quirks well. Krieps is equally as alluring as Alma and Manville plays my favorite character in the film. She's completely aware of how ridiculous 90% of the things around her are, but she rolls with it. The main star however is Paul Thomas Anderson. This man can direct. Some of the things he does with sound in this film is remarkable. While this won't go down as one of my favorites of his, you can't deny how good he is behind the lens.

Memorable Quote: "He wants you to fuck off now." - Alma (Vicky Krieps)