DVD Review: To All The Boys I've Loved Before 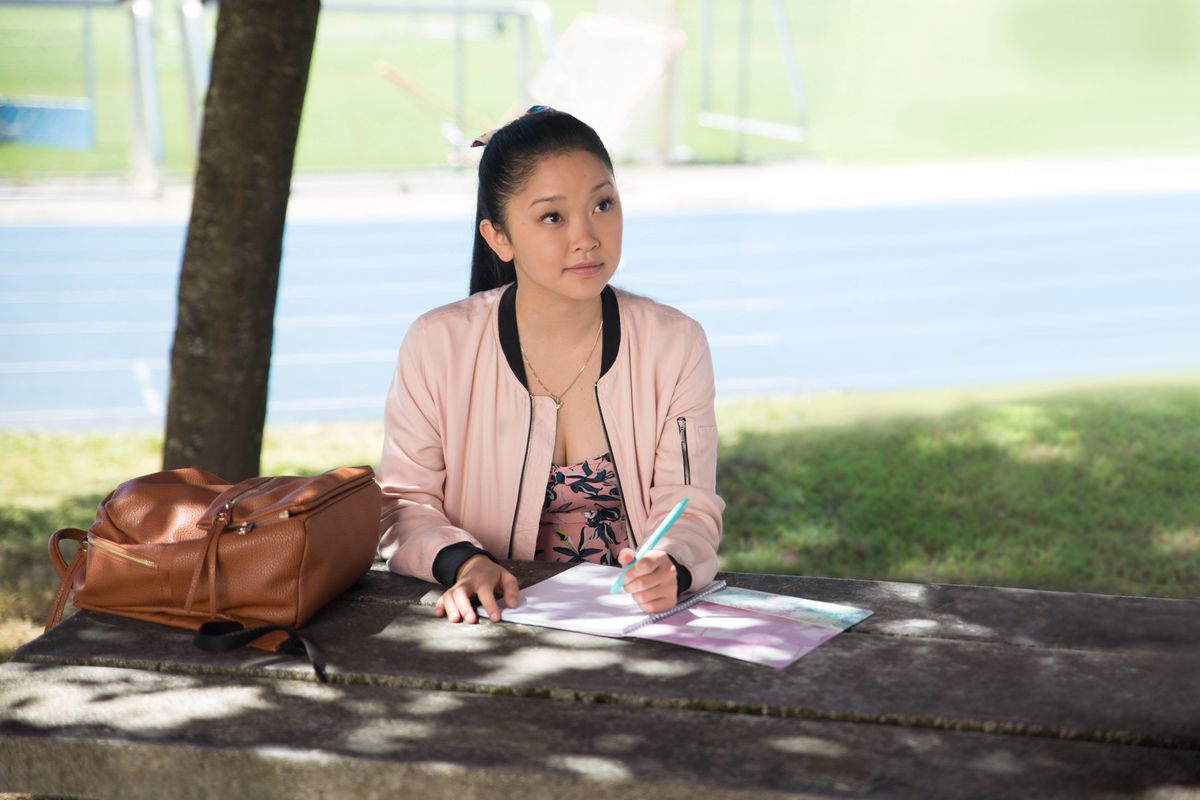 When Lara Jean (Lana Candor) has an intense crush on someone, she writes them a letter. She pours everything into them, addresses them, but they've never meant for the mail. They hide safely in a hat box in her closet. Which is good, because one of them is about her sister Margot's (Janel Parrish) long time boyfriend, Josh. (Israel Brossuard) When someone mysteriously mails them, Lara Jean uses one of the recipients, Peter (Noah Centineo) as a cover to avoid talking to Josh about this and they begin a fake relationship to make Peter's ex jealous.

I'm not one for rom coms and I've never read the book this is based on (and after reading the Wiki summaries of all three in the trilogy, I definitely won't be) but I was intrigued. It looked cute enough, and Lana Candor instantly grabbed me in the trailer.

God, teenagers are stupid. This film was filled with so many cliches and caricatures. Essentially every one outside of Lara Jean's family and her friend Chris fit that bill. Lara Jean has no friends outside of Chris, but it's never really explained why. She's shy, sure, but she's so easily talking to others later on in the movie that I never bought her and Chris only having each other. Josh for some reason hates Peter. I suppose because we need to have bro on bro tension? And Lara Jean's former friend Gen is so jealous and over the top that even Regina George would tell her she's being unrealistic.

I also felt like the film was telling me I was supposed to be hoping for one relationship only for it to go with the other. Honestly, I had so many issues with this film that I should probably stop myself right here. I'd love to hear what you think, though.