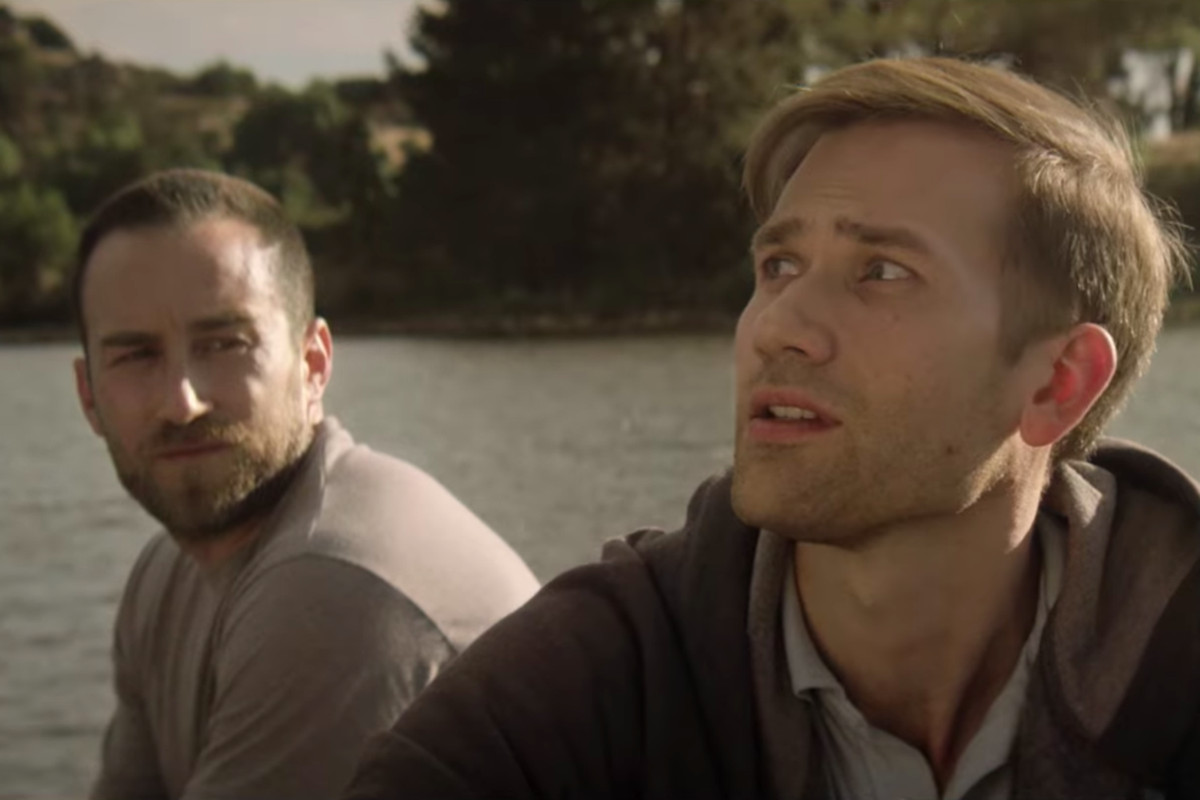 When brothers Aaron (Aaron Moorhead) and Justin (Justin Benson) were younger, they escaped a UFO death cult. Now into adulthood and just drifting by, they receive a video tape from said cult. Aaron, the younger of the two begs Justin to take him back for closure. He doesn't have many memories of his time there, and none of the bad ones Justin does. His older brother reluctantly agrees to take him back.

Aside from starring, Moorhead and Benson also direct. I watched one of their earlier flims, Spring a few years ago and this is along the same line as that. Very low budget, pretty weird, intriguing. Unlike Spring they don't have the powerhouse Lou Taylor Pucci to anchor their film, they were forced to cast themselves to keep the budget down.

The cult in this film isn't played up as sinister, even when you get to the big reason of why they are doing what they're doing. That's a nice change if you're used to seeing films about damaging religious ones. I liked that they took it a different route.

There is one thing that really distracted me throughout that no matter how hard I tried to ignore it, I could not shake it. Moorhead and Benson are fine in these roles, and they have great chemistry together. But they never state how old their characters are supposed to be, and they look the same age (in reality there's about 4 years age difference between them) But where this is problematic is they speak as if there's supposed to be a massive age gap between the two. Justin was clearly a young adult when they fled, and Aaron was supposed to be young enough to not have fully formed memories of his time there. He only remembers "campfires," but never anything in more detail. I suppose that *could* happen for a teenager but I felt like had they been able to cast others, a much younger actor should've been playing Aaron.

That aside, I really enjoyed this and if you like a little sci fi, you probably will too.

Memorable Quote: "Can you have power over yourself if you give up any amount of authority to something else?" - Tate Ellington
Indie Gems