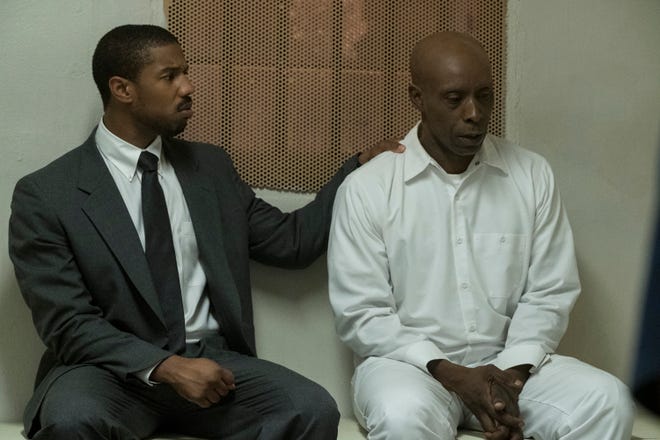 Fresh out of Harvard, Bryan Stevenson (Michael B. Jordan) moves to Alabama to work on overturning wrongfully convicted Death Row inmates alone side, local Eva. (Brie Larson) One of these inmates is Walter McMillian (Jamie Foxx) whose case was so clumsily thrown together that its baffling. He must force the racist lawmakers and police officers in McMillian's town to see that they made a mistake and arrested the wrong person.

Bryan is a real person and is still fighting for those wrongfully convicted today. I think this film does a fine job of telling one of those stories. I worried director Destin Daniel Cretton would go the romanticized route he took his last feature, The Glass Castle, and though some of this feels familiar I think he handled it well and the actors elevated a story we have seen before.

The racism in this film is very strong. I think at one point I would've said it was over the top but I am no longer of that mindset. People are still acting like this today, and it's frustrating to watch people be so shitty. Bryan is leagues above them and I loved how Michael B. Jordan played him. He's very stoic but you can see what weighs on him. Same with Jaime Foxx, it was a wonderful performance.

My favorite part of the film was the always wonderful Rob Morgan who played another death row inmate, Herbert Richardson whose PTSD from the Vietnam War is so bad he doesn't even know why he committed the crime he did. I cried the hardest watching his scenes. It's crazy to me how GOOD Morgan is in so many things and how he never gets acting accolades to show for it. I'm going to do a back flip the day he's finally recognized.

Just Mercy may not be the flashiest film out there but it's likely to be one of the best releases out this month and definitely deserves your time at the theater.