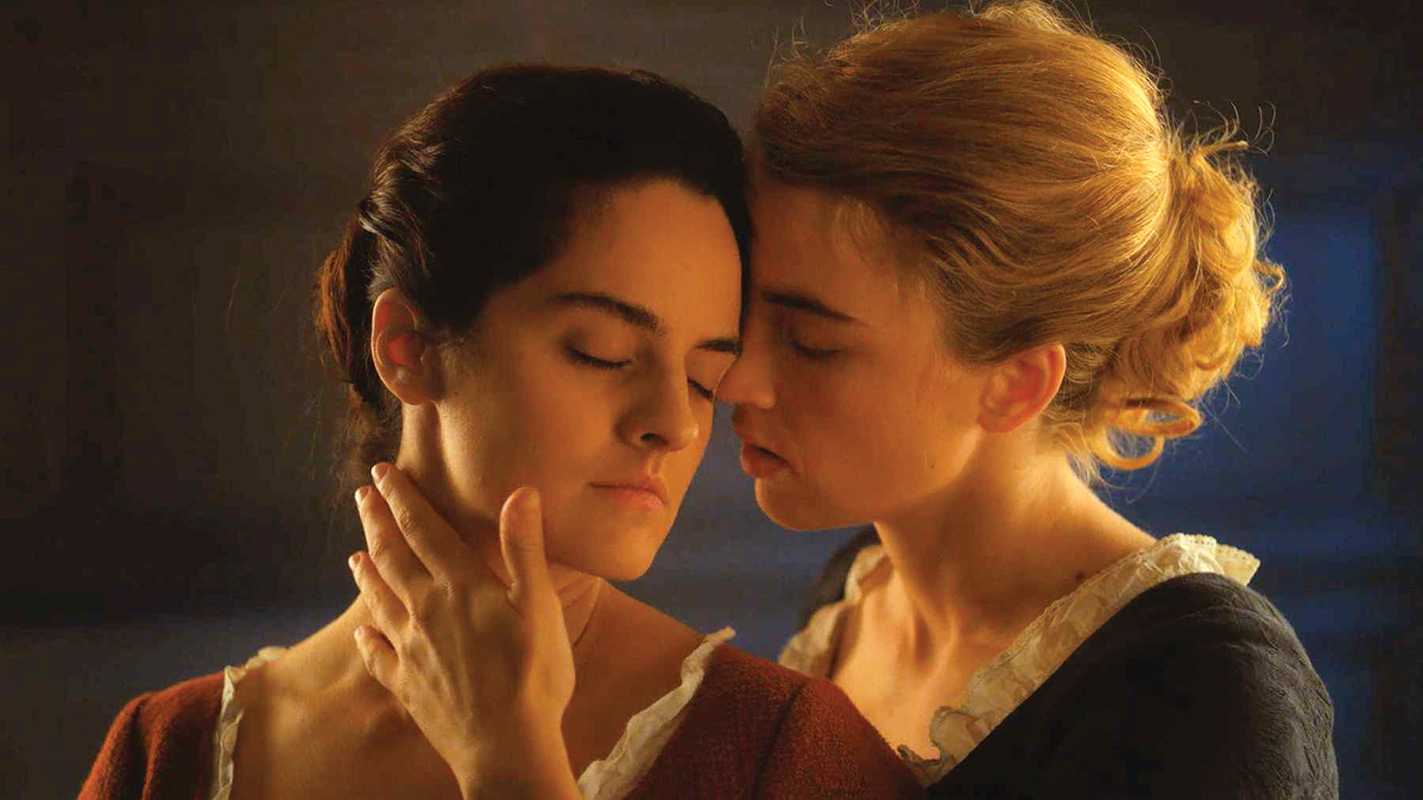 Marianne (Noémie Merlant) is a painter sent to an island to paint a portrait of Héloïse. (Adèle Haenel) The painting is for her soon to be husband, who will marry her if he likes the painting. Héloïse's mother ( Valeria Golino) tells Marianne she must paint in secret and that she's only there to accompany her on walks, but soon they form a bond and Marianne can't help but come clean.

Was there a non- Oscar movie more hyped on Film Twitter this year than Portrait of a Lady on Fire? I went in with impossibly high expectations and thankfully I didn't leave disappointed.

I really enjoy director Céline Sciamma's work. While I still prefer Water Lilies on a technical level this film is probably her best. It's beautifully shot and acted. The interesting thing is that there's no score, apart from two scenes where music plays. It's an interesting choice considering one of the first conversations these two women have is about loving music. The silence is deafening and I thought it worked so well.

Haenel was the only actress I was familiar with and I thought she did a wonderful job here. It's easy to understand Héloïse's anger. I would be in her situation to. Merlant is also wonderful as Marianne. I liked seeing this world from her eyes. In a way she's incredibly naive but the love she feels for Héloïse feels so pure. You leave this movie wanting only the best for those two. The other main player is the maid, Sophie. (Luàna Bajrami) I actually wouldn't have minded seeing more of her. The scenes of the three of them together going about their days, smiling were some of the film's best.

But speaking of Sophie, The most questionable part of the film was from her side story. I know there's some classism going on here but I felt like maybe the other two weren't taking her predicament as seriously as they should be? It's hard to discuss without going into spoiler territory but I'd love to hear what others who saw the film thought.

If this makes it to cinemas near you (impending cornavirus doom aside) This film definitely deserves your theater money.