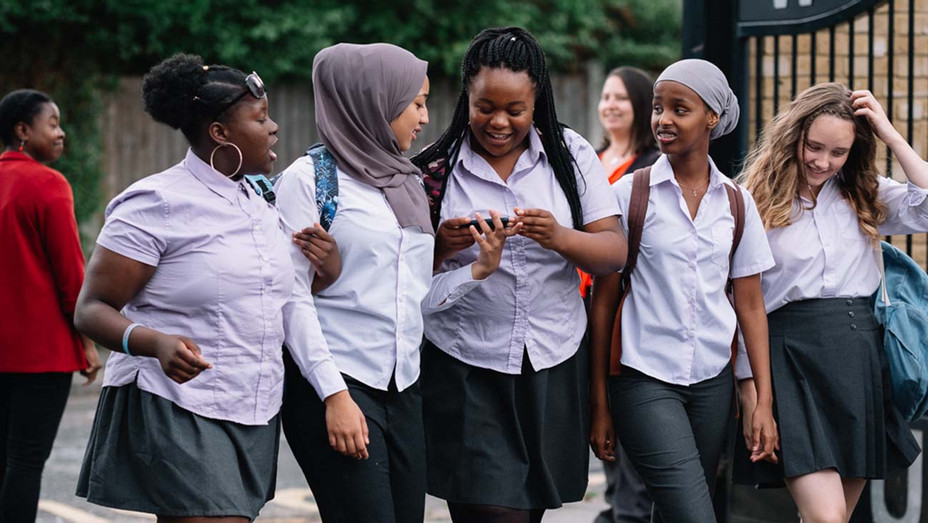 Shola "Rocks" (Bukky Bakray) is a teenager living in a council estate in England with her mother (Layo-Christina Akinlude) and her younger brother Emmanuel. (D'angelou Osei Kissiedu) When their mom leaves them on their own, Rocks finds herself avoiding social workers trying to take them away, and trying to find a place for she and her brother to stay.

I hadn't heard of this film until the BAFTA nominations came out and this film got a whopping 7 of them. The film reminds me of Fish Tank in a way. The actors feel so organic in these roles, yet green at the same time. Not because they're struggling with the material, but because they feel so authentic.

Rocks is very complex. She goes back and forth between being very responsible and a bit of a trouble maker as all teenagers are. Her love for her brother is genuine, but she shouldn't be burdened with being his sole caregiver. One of my favorite aspects was her friendship with Sumaya. (Kosar Ali) Sumaya might be the best friend I've seen in film all year. She's there to listen, she offers supporting, and she ultimately forgives Rocks for being too proud to listen to her. I wanted to yell at my screen when Rocks taking out her frustrations on Sumaya. She's a good one. I could watch more tales of Sumaya and Rocks doing there thing.

I did become frustrated with the film at times, because stupid teens gonna be stupid teens, but it was never unbelievable. I never felt like the roadblocks were for the sake of plot, they were very real things a girl in her situation would encounter.

You can currently stream this on U.S Netflix and I highly recommend taking the time to watch it.

Memorable Quote: "What's the problem? Talk to me, I don't get it." - Sumaya (Kosar Ali)