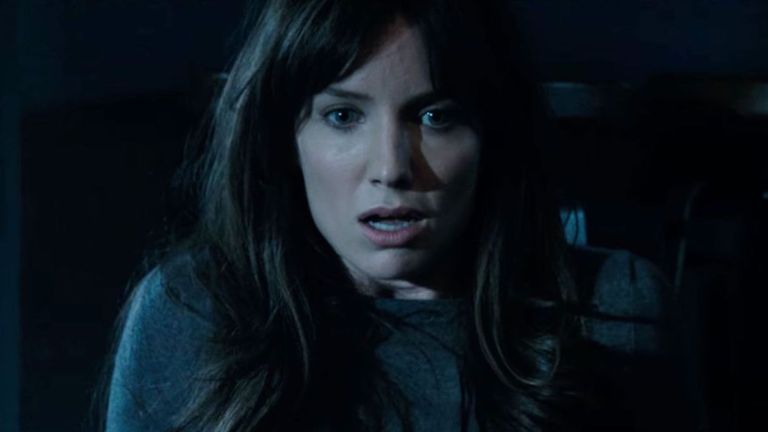 Madison (Annabelle Wallis) suddenly has visions of murders being committed by a dark figure from her past and she is unable to intervene. Between her sister Sydney (Maddie Hasson) and two detectives Kekoa (George Young) and Regina (Michole Briana White) they try to unravel this mystery.

Thank God for Twitter ads, for once. I almost ended up going to see this in theaters before Twitter reminded me it was also on HBO Max so I got to watch this at home. Now I didn't have to pay theater money to see what director James Wan abounded his Conjuring movies for.

There are parts of this movie that were definitely right up my alley. The booming soundtrack, the absolute gore-fest that happens, and the mystery itself was very engaging, but there were a few things that just held this back from being a solid horror film.

It hits a lot of annoying horror tropes that I can sometimes overlook when I'm having fun. Characters never turning on the damn lights when something is going bump in the night, characters going into creepy places alone, etc. You can tell that Wan is banking on overlooking these faults in the script but the fact that his characters are so thin just makes them stick out more than they should.

Wallis is not a compelling lead. I'm really only familiar with her from Peaky Blinders, where I enjoyed her work immensely, so I was surprised at how dull she was here. The supporting cast is essentially a bunch of stereotypes so they don't get nearly enough to work with to prevail either.

Now allow me to get repetitive. If you read my review of The Card Counter yesterday, I called it an idea and not a complete film. I feel similarly about this, but whereas The Card Counter didn't know where to go, this film absolutely did, but didn't know how to write believable dialogue and flesh out its cast. It was everything in between that did this film in, not the main beats.

Recommended: Sure, at home.