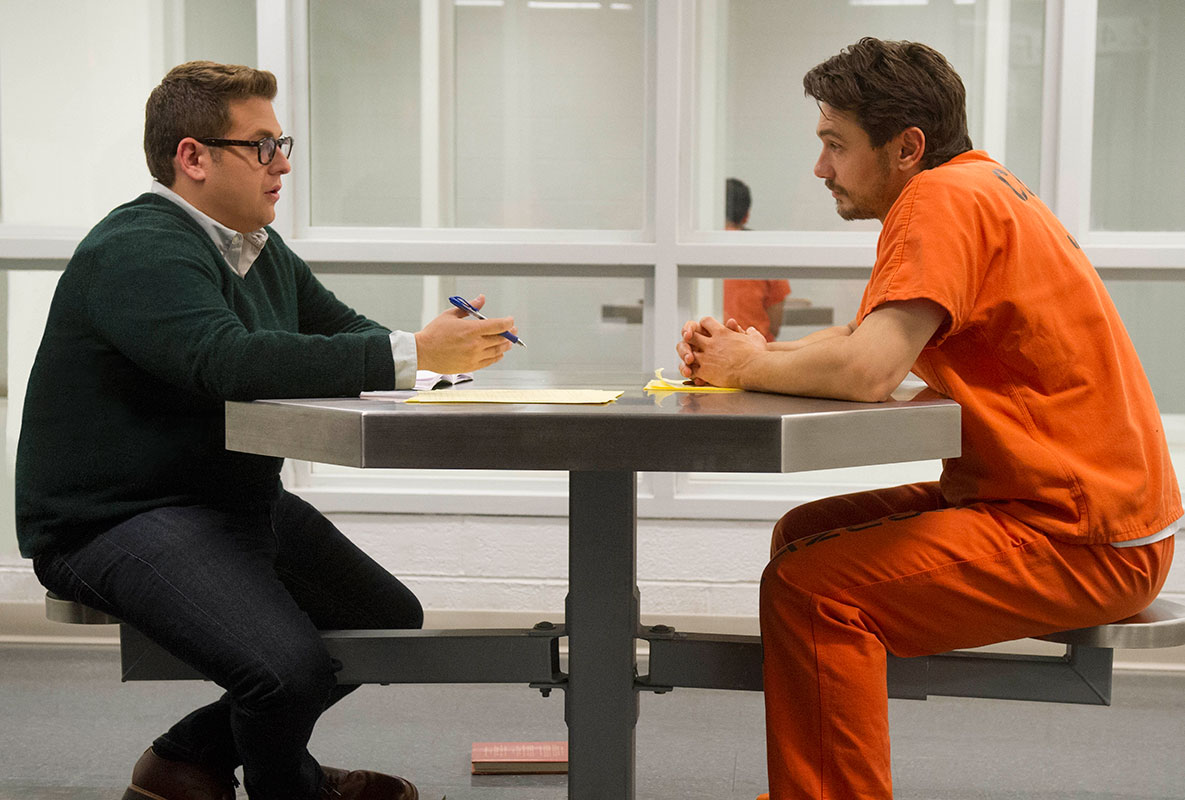 Michael Finkel (Jonah Hill) is a writer for the New York Times who's fired after he fudges the details on a story. As he retreats back to Montana to his girlfriend, Jill (Felicity Jones) he learns of a man named Christian Longo (James Franco) who has just been arrested in Mexico for the murder of his wife and three children. While on the run, he was using the alias "Michael Finkel of the New York Times." Intrigued by why Longo would pick him, he visits him in prison and Longo promises to tell his story to only Finkel.

I knew about Christian Longo before I watched this film, so while some were disappointed by the lack of shock revelation at the end, I already knew what was true and what wasn't. That helped me enjoy it a bit more. I had no "shocking" expectations at all. Hill and Franco are both fine actors who are not getting enough credit for this movie. One of the biggest complaints I read is that they cast these two "comedic" actors opposite each other, completely ignoring that they're both Oscar nominees for dramas in the past. I'll admit, there was one fleeting moment where they're talking to each other that I half expected a dick joke, but it wasn't as distracting as some of the complaints suggested.

I like crime stories, mostly in the form of books and this film plays out like many that I've read. I enjoyed the pacing and the performances. I have to give the director credit for how he shot the flashbacks of Longo's family. Picking the most adorable children imaginable and having them show their complete trust in Christian before he did what he did could be manipulative in a way, but I thought it worked perfectly. No one sympathizes with Longo for a second.

This might not be the most memorable film that Hill, Jones, and Franco put out, but it works on many levels and has an interesting story to tell.