Indie Gems: In Your Eyes 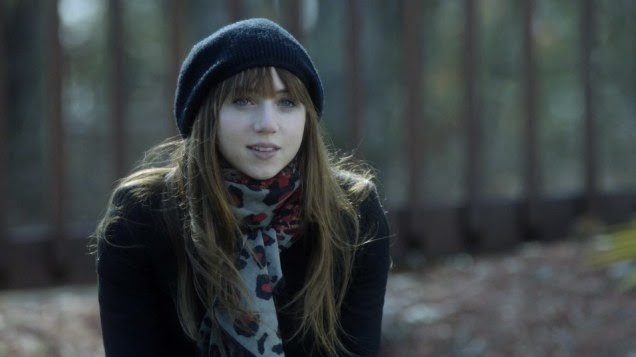 Rebecca (Zoe Kazan) lives in New Hampshire, and Dylan (Michael Stahl-David) is in New Mexico. They've never met in person, but they both had a strange thing happen to them when they were young, they saw through each others eyes. Years later, Dylan is an ex con and Rebecca is married to a doctor (Mark Fuerstein) and they still occasionally have flashes of each other's lives. One day, they're finally able to speak with each other clear as day, and see what the other is seeing whenever they want. As the bond between them grows deeper, it starts to threaten everything else in their lives.

For a movie about a telepathic connection, there's obviously going to be some suspension of disbelief here. I suggest a lot of that, because while this film has some glaring issues, it's just so fucking fascinating I almost don't care.

Rebecca and Dylan are very complex and interesting, and Kazan and Stahl-David have an enormous amount of chemistry despite not actually sharing screen time together. It's forgivable that the other people in this film are caricatures. Rebecca is married to a stereotypical controlling, rich douche, and Dylan's hopeful, Donna (Nikki Reed) is that gold ol' country girl that prefers beer to red wine and likes her steaks dark. They only serve as distractions to our couple. Becky and Dylan belong together, we can see it plain as day.

This was written by Joss Whedon, which people will either love or hate. And while there's parts of this script that are really weak, like the fact that Becky and Dylan walk around talking to each other in public, not even masking how crazy that looks. (Get a blue tooth device, come on.) There's something about it that's just so sincere and different. It's a shame it had to end.

Grade: B- (Trying to be realistic flaws wise, but man did I love this)

Memorable Quote: "Is it because I spent your first night with you in prison?" - Rebecca (Zoe Kazan)
Indie Gems