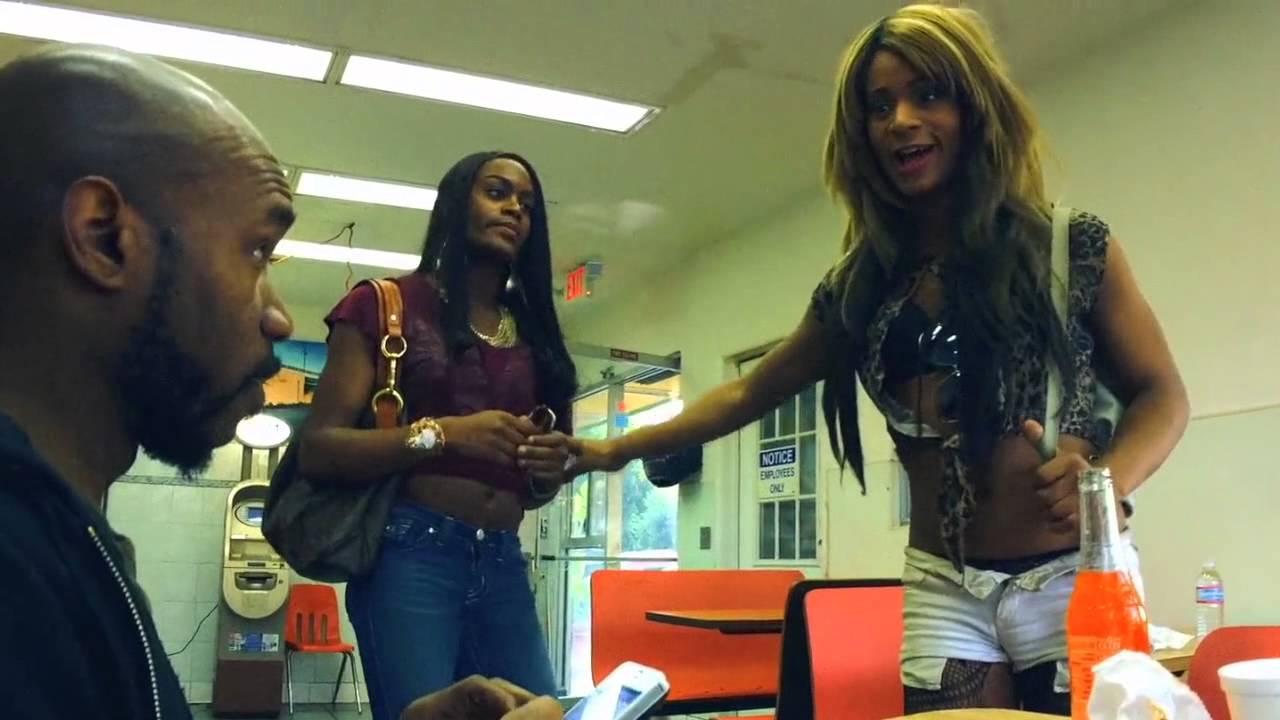 Sin-Dee (Kitana Kiki Rodriguez) is a trans working girl who has just been released from her month stint in prison. It's Christmas Eve, she meets her friend and fellow worker, Alexandra (Mya Taylor) a few hours before her show only to learn the news that her pimp/boyfriend, Chester (James Ronsone) has been cheating on her. Sin-Dee makes it her mission to find the woman and confront chester, while Alexandra reluctantly tags along.

The film was shot entirely on an iPhone 5S. It's completely basked in the tangerine glow of its namesake. Strangely, it fits the tone so well. A harsh film like this benefits from a lens that is imperfect. I went in thinking "it's a shame a story like this had to be shot on a cell phone." (I assume it was for lack of funding) but that's not how I left at all. It just worked.

Rodriguez and Taylor, both in their debut feature roles feel so natural. They sound as if there was no script. That they could've been two random women just having a conversation (and a few different screaming matches) I hope they both find work after this, because I'd love to see them again. And casting James Ronsone was an excellent choice, seeing as there's no one I quite hate more then the guy that played fucking Ziggy Sobotka on The Wire. Rage just flows through me upon sight.

The film isn't without its flaws. A subplot with a cab driver and client of Alexandra's ends on a tedious note instead of an intriguing one and at times it does feel a bit muddled. But it's an overwhelmingly sad story that I'm glad I had to opportunity to watch after all the buzz it generated.