The truth will set you free, but first it will piss you off. 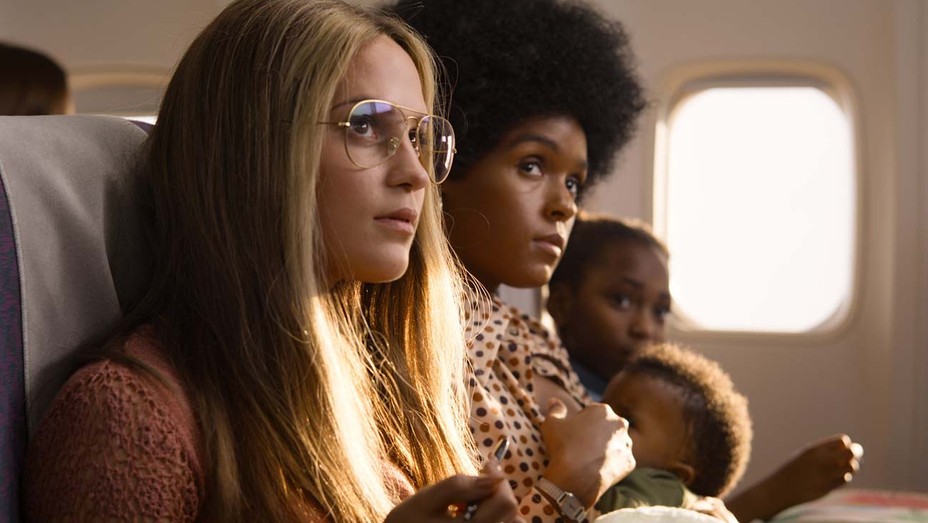 The titular Glorias refers to feminist icon and writer Gloria Steinem. We see her at four different stages of her life, played by four different actress. (Ryan Kiera Armstrong, Lulu Wilson, Alicia Vikander and Julianne Moore) From childhood, to the powerhouse we know now.

After having seen a glimpse of her (played by Rose Byrne) on Hulu's wonderful Mrs. America, it's only fitting that we get a Gloria biopic in the same year. Being Directed by Julie Taymor is another plus, but unfortunately the messiness of how this story is told brings it down a few notches.

Taymor tells this story similiar to how she did Across The Universe, which I really enjoyed. But psychedelic and scattered works for The Beatles' music, it doesn't so much work here. She makes a few really interesting choices, like having all versions of the Glorias talk to each other on a bus in between scenes. I thought that was a nice touch, but other parts go full out music video and it feels very jumbled. Especially with that 2 and a half hour run time.

I really liked the actresses playing Gloria, though Vikander struggles with the accent frequently, she and Moore get the most to do. This film jumps around a lot in time, and while it's very easy to follow I found it often cut from really interesting scenes then took us backwards in time, killing momentum. Because of that, no one gets to truly shine. It's as if we're often cut short. None of the other characters around Gloria get enough attention either.

I always appreciate when a biopic thinks out of the box, but like another unconventional one released this year - Shirley - it just didn't resonate with me as much as I wanted it to.

Recommended: Yes, if you have Prime.