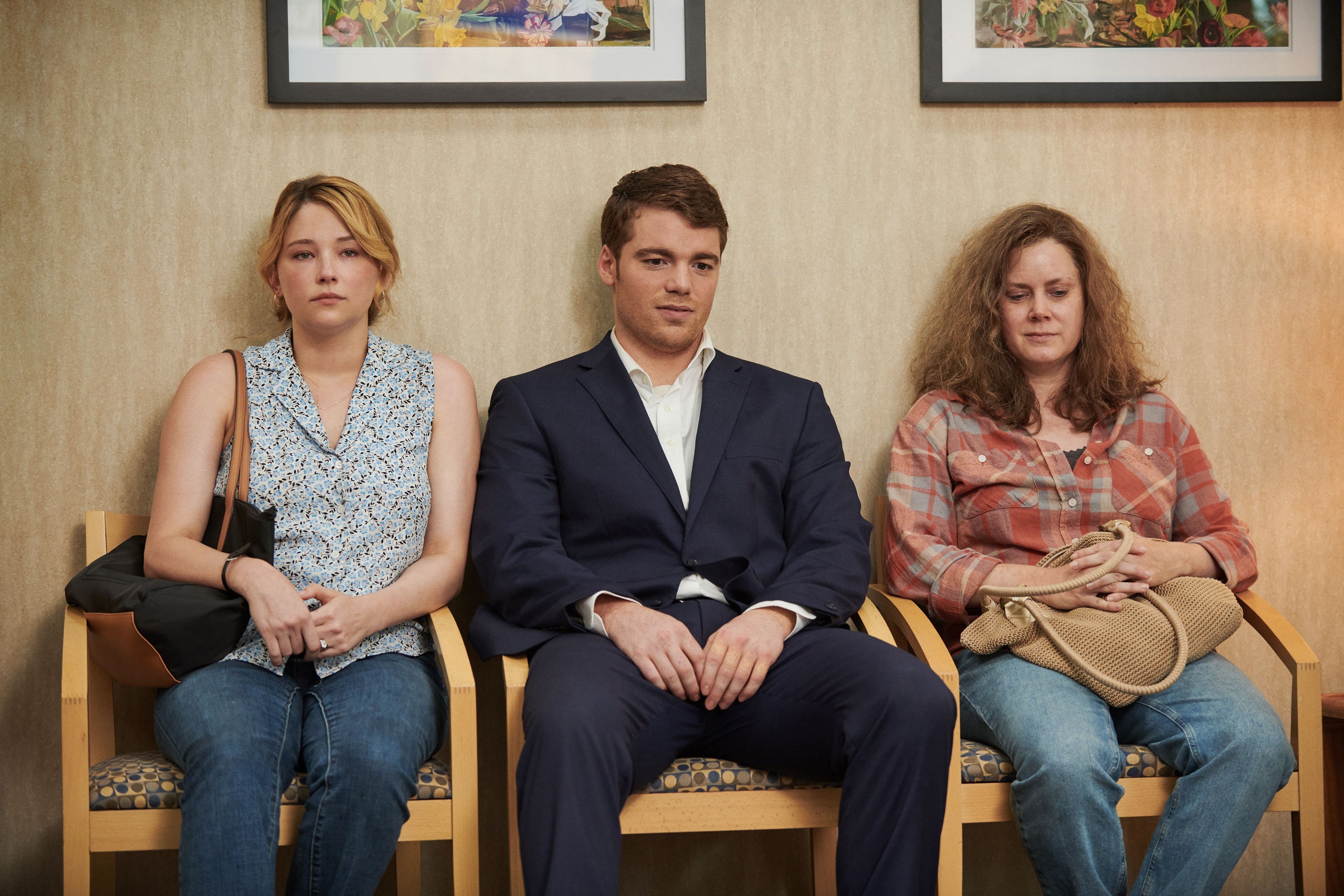 J.D Vance (Owen Aszataols as a child, and Gabriel Basso as an adult) grew up in rural Ohio/Kentucky with a recovering addict mother,(Amy Adams) his older sister Lindsay (Haley Bennett) and his no nonsense grandmother, Mamaw. (Glenn Close) J.D had a hard life, as many lower income rural people do, but he was able to somehow rise above it all and get to Yale, and boy does he want you to know how much of an anomaly he is.

Everyone is either dumber than J.D, or snootier than him. There's no happy medium, unless we count the underused Frieda Pinto as his girlfriend. We're introduced to to J.D saving a turtle from the middle of the street, and the first person he interacts with is a mouth breathing kid whose only contributions are "let's break open its shell! Let's see how far we can throw it!" Director Ron Howard in his infinite mediocrity really drives home how "less than" everyone is here.

To be fair, this movie isn't the massive trainwreck I thought it would be. It's not good, but it's also not unintentionally funny in the way that Capone was earlier this year. It's dull, insincere, and the acting makes it wildly uneven. I love Amy Adams and she's swinging for the fences here, as is Glenn Close, but this movie is not swinging with them. While she and Close are over the top in moments that seem pre-made for Oscar clips, Basso is completely wooden and feels like he's reading lines from a cue card. The only happy medium is Haley Bennett, and I ended up feeling the worst for her character because of the way she's painted. I constantly asked myself while watching this is "people really behave this way" and the short answer is  yes, but in melodramas. I haven't read the book on which this is based but it felt so phony. I don't mean to take away from what J.D accomplished. Getting into Yale is a big deal but this felt like the most basic rags to riches story. No one felt real.

This is another miss from Ron Howard, and while it's not the worst movie I've seen this year, I have no desire to ever watch it again. I did get a laugh out of Glenn Close a few times, so I guess there's that.

Memorable Quote: "Get out before I cancel your birth certificate." - Mamaw (Glenn Close)