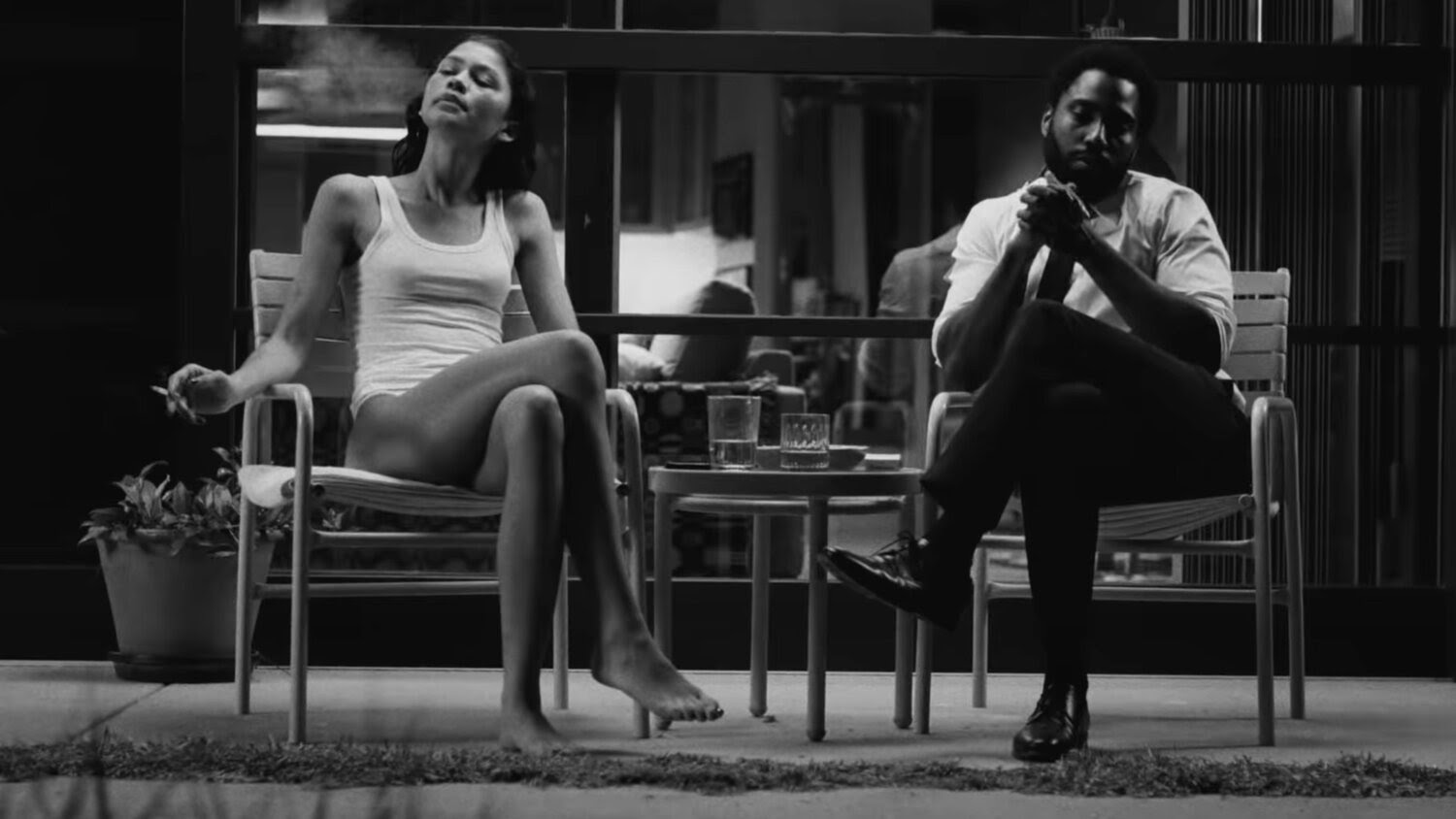 On the eve of his newest film's premiere, director Malcolm (John David Washington) goes home with his girlfriend Marie (Zendaya) and have a long fight about Marie's contributions to the story among other things.

Yes, this movie is literally a couple arguing for 115 minutes. It sounds taxing and I kept that in mind before pressing play, but I was surprised at how into this I was.

We don't meet these characters before their fight, but we learn a lot about them as they spit their vitriol back at each other. Malcolm is a self absorbed filmmaker who hyper focuses on one particular film critic in general. (And God, can you imagine a director reading your review of this film and flipping out this way? Yikes.) Marie dealt with addiction and that still comes with its uncertainties. No one is perfect, both make valid points occasionally but ultimate I found myself very much on Marie's side of things here.

I felt so many different feelings while watching this. What I wasn't expecting just how funny some of their fight would be. It's not played for laughs but a few things they say are just so extraordinarily petty that I couldn't help but chuckle here and there. Other times I found it heartbreaking and raw. When they had their cool down periods, I could see why they were together, but I'd also cringe when they would start back up again even though all these things needed to be said.

Zendaya and John David Washington are both tremendous here. They feel like a real couple. Zendaya gets a bit more to work with than he does because her character is the more vulnerable one, but they were both fantastic.

I hate that this film was shot in black and white. Absolutely hate it, it made everything feel so drab and I think it would've been better in color, but that's a complaint I often have with contemporary black and white. (and there's a lot of that going around recently)

Malcolm and Marie is now streaming on Netflix and even though the premise may sound off putting, I think it's worth the watch.

Memorable quote: "Are you actually yelling and belittling me from across this house because you are too busy eating mac and cheese?" - Marie (Zendaya)