What I Watched on TV in January

This month I really put the focus on movies so I didn't watch nearly as much TV as I did in the past couple of months, but thankfully what I did watch was very fulfilling. Here's what was going on with the small screen for me this month.

Wandavision - This was my most anticipated show of 2021 and I'm happy it's here. Marvel really took a big risk with this one, playing up to the old sit com styles in each episode and for me personally it's paying off Wanda is my favorite Avenger and this feels like such a fresh take. I can see why this might not be for everyone as each episode thus far has only given us a breadcrumb of what's going on in the current time line, but I'm happy to analyze each week and see what comes next. While its mostly a light and fun show, the moments were the facade cracks are truly unsettling and Elizabeth Olsen, Paul Bettany, Teyonah Parris and Kathryn Hahn are just wonderful so far. I can't wait to see where this goes next.

Ted Lasso - I don't think I had heard about this show at all until Sati started watching it. It's on Apple TV, which I have for a year and is truly a lackluster platform in general - but this show is awesome. It's so funny and pure. Ted is such an endearing character and I love his endless optimism. Jason Sudeikis is wonderful in this role. Juno Temple is an actress I've been enjoying for years as well and I'm glad she's in this too. The soccer players are hysterical and I still can't get over the lead actress being the same person who played the Septa in Game of Thrones. I'll definitely fork over some temporary money to buy Apple TV again when season 2 drops.

Euphoria - HBO gave us a second special episode, this time from Jules' point of view. Hunter Schafer really got the chance to shine here. This one was a lot more involved than Rue's episode, which was just her and Ali at a diner giving an acting showcase talking. There were lots of camera tricks and dreamy sequences. I liked all the insight we got to Jules and her lack of a relationship with her mother in this episode, because that was something we didn't have a ton of last season. Because Rue's episode was so understated I was not expecting the amount of sex scenes that were in this episode. Of course the one with Nate made my skin crawl because we know what type of person he is, but I thought Jules' heartbreak over "Tyler" the person he was pretending to be not actually existing was very real.

A Teacher - I got Hulu back for a month and I immediately binged this in one day since the episodes were 30 minutes and I've been seeing ads for ages. I thought it was good overall, but I don't think I would've enjoyed it as much if I were watching week to week. The episodes were very short and repetitive. I think they could've trimmed some of the episodes during their affair and added more about the aftermath. Eric coming to terms with this abusive relationship and realizing that it's not his fault deserved more than just one scene.

Diners, Drive In's and Dives - Y'all, I have spent so many hours watching this show recently. It started because they were in my city over the summer filming, and those episodes finally aired, and then it turned into me having this on my TV every Friday and Saturday while I'm cooking dinner. I love food, and I miss going to restaurants. 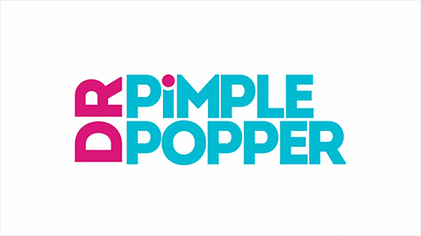 Dr. Pimple Popper - I've always watched this show, but for some reason I don't think I've ever included it in a Rambling TV post. They're finally airing new episodes again after resuming filming during the pandemic and I can't turn away from this show. It occurred to me the other day when my son suggested something was "probably a lipoma" how much this show normalizes dermatological conditions and removes some of the "freak" factor from it for young viewers. To him, these are things he's now seen before and knows they can be treated, so they're not scary or something to make fun of. That's pretty incredible. Unfortunately Discovery Networks decided that they were going to put the rest of the new episodes on their stand alone streaming service only and not on cable, which is one of the worst decisions I've ever heard from a streaming service. I get making new content exclusively for your streaming service, like CBS All Access does. But to take new seasons of long running shows and moving them to the app only? What the fuck is that?
Rambling TV