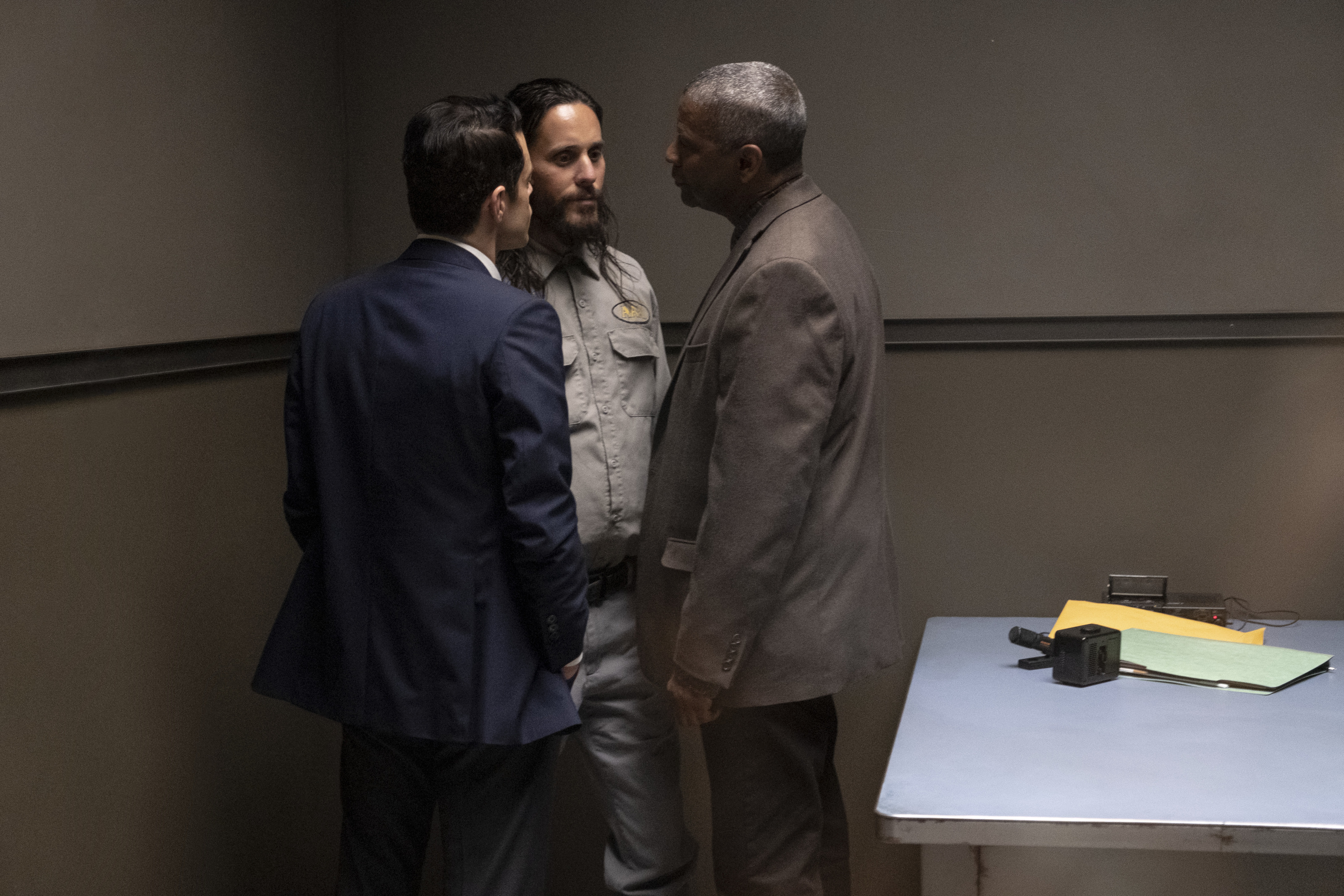 Joe Deacon (Denzel Washington) is a cop sent to his former precinct to gather evidence for an upcoming trial. We learn that Deke used to work homicide here, and that he was some of of a legendary detective. Then something happened. He meets his hot shot replacement Jim Baxter (Rami Malek) who invites him along to a crime scene. It's similar to one Deke investigated years ago and now the two work together to solve it despite nearly everyone on Jim's department advising against it.

Its 90's setting almost makes this feel a little like Se7en-lite. I really enjoyed that aspect of it. It's nowhere near as creepy, or as good, but I liked the mood of it. I was solidly with this film as a whole until we get to the last 20 minutes or so when everything becomes so implausibly dumb.

Denzel is always fun to watch. I liked him in this role and was genuinely curious to find out his "secret" so to speak. Rami Malek surprised me. When Jim is first introduced, he comes off as a raging douchebag and Malek was clinching his jaw so hard I was preparing for this to be an awful performance but he loosens up and I ended up really enjoying his dynamic with Washington. Jared Leto plays the man they think is the murderer in a very creepy role, and although his character is the root of quite a few of the film's 3rd act problems, I thought he was good as well.

I watched this on HBO Max and I'm thankful for that because this isn't a theater watch for me. I think I still ended up enjoying the film more than most did, but I had a hard time with a few choices at the end of it, and unfortunately that never took it out of "just okay" territory.

Recommended: If you already have HBO Max

Memorable Quote: "It's the little things that get you caught." - Joe Deacon (Denzel Washington)