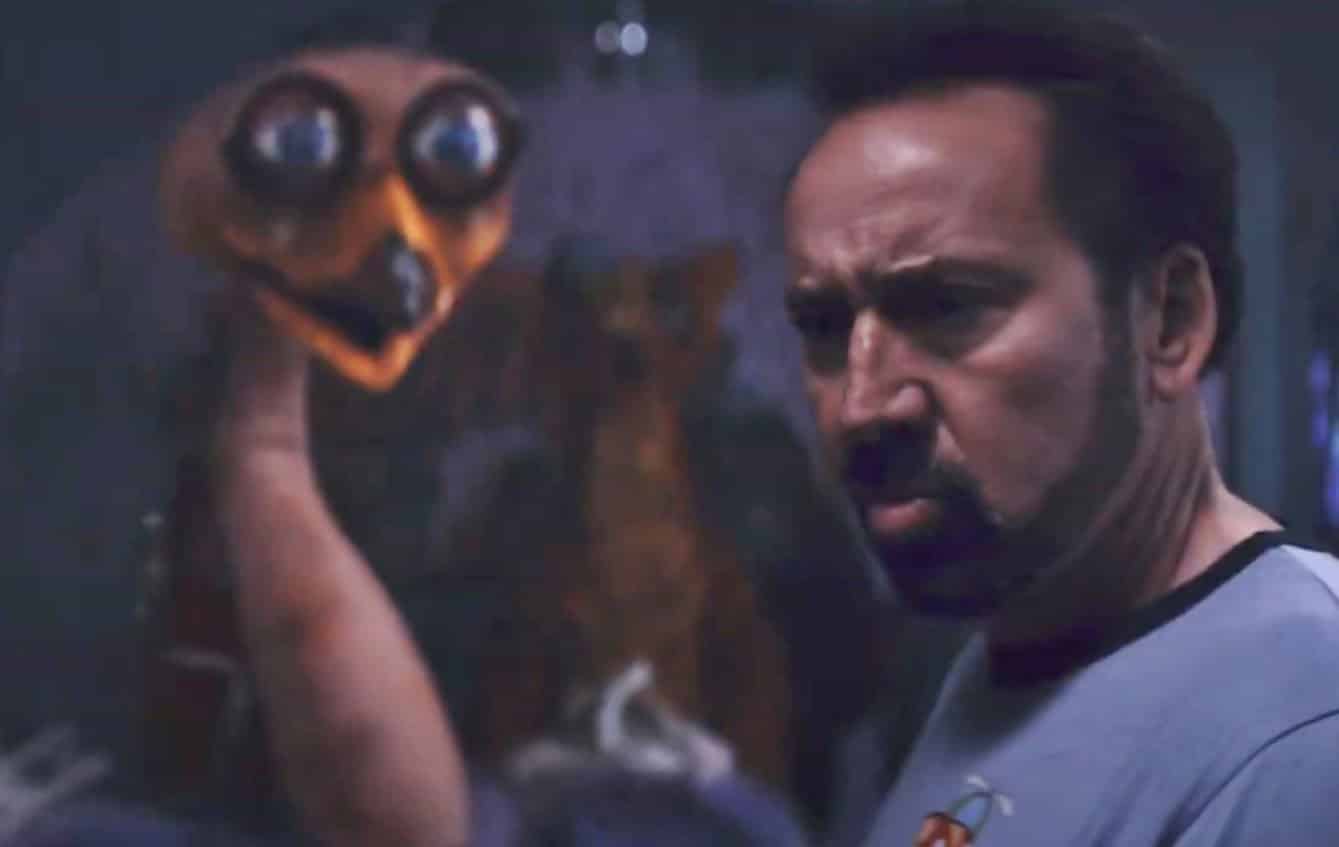 A quiet drifter (Nicolas Cage) takes on a janitor job at an abandoned Chucky Cheese like restaurant after he runs into car troubles and the small down shop he's in doesn't have an ATM. He's meant to spend a night working off the cost of fixing his car, and cleaning the place up so it can reopen, but he's unaware of the cursed animatronics that haunt this place at night.

Dumb Nicolas Cage horror movies are a genre in itself so I was expecting to have a fun and gory ride with this Five Nights at Freddy's rip off. I knew it wasn't going to be a good movie, but I was a bit taken aback at just how bad it was.

Cage doesn't have any dialogue in the film, which is good for him, because everyone else who does is awful. The other characters are bare bones stereotypes and none of the actors can make the most basic dialogue sound natural. I get the filmmakers wanted to sell this on Cage, but that didn't mean they had to half-ass (quarter ass? 1/8th ass? half seems too much) everything else. It's like they took one take of everything and called it a day, no matter how bad it was.

The positive about this is the fun house style way its shot, but it reminded me of a better film, The Guest that did this better. If you want your campy Cage fix, you'll find better films in Mandy or Color Out of Space. This is an absolute dud.