- December 19, 2010
Please give Christian Bale that Oscar he deserved for The Machinist..now.﻿ 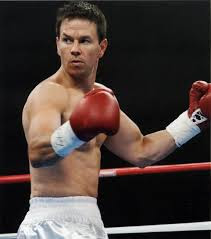 The Fighter follows the early years of "Irish" Micky Ward. (Mark Wahlberg) He's being trained by his older brother, Dicky (Christian Bale) a former boxing legend turned junkie and managed by his perfectionist mother, Alice. (Melissa Leo) Micky's family is holding him back, they want him to relive Dicky's glory and don't see what is best for him. Micky's girlfriend, Charlene (Amy Adams) tries to help him realize this.
Micky Ward is a true underdog story, and this film is an intense, character driven drama that really brings that story to life on the big screen. Watching Micky's constant struggle to make his own way, prove himself as a father, brother, boyfriend, and to finally come out on top is inspiring. The cast is perfect. Wahlberg does great with Micky, but the bright star is definitely Bale as Dicky. He literally looks like a junkie, he lost a considerable amount of weight for the part. He goes from quirky to serious with ease, he provides a lot of the humor, and also some of the most touching parts. Leo is fantastic as their domineering mother and Adams' tough bartender balances out Micky's crazy family.
The Fighter is shot to feel like you're actually watching a boxing match on TV in the 80's. The soundtrack fits perfectly, but it's the cast that's going to be the most memorable part.
Recommended: Yes
Grade: A
Memorable Quote: "You're my mother too!" - Micky Ward (Mark Wahlberg)