DVD Review: The Killer Inside Me

- December 14, 2010
Aka: Casey Affleck having sex with women, then beating them to death. 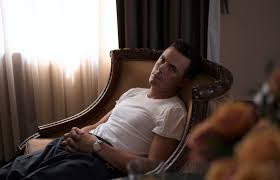 Casey Affleck is better than this movie, and it shows.
Lou Ford (Affleck) is a small town sheriff with some shady tendencies. He's told to bust a local prostitute, Joyce (Jessica Alba) and instead starts an affair with her. We soon see his true colors as he viciously beats up both Joyce and his girlfriend Amy. (Kate "I've only been good in one movie" Hudson)
Affleck's performance is great, but the rest of the movie is a mess. Aside from Ford, none of the characters have any devolpment whatsoever. When they are mentioned in passing, you forget who exactly they are talking about because they are that boring. The ending should've been symbolic but ended up being over the top and completely out of place with the pacing of the rest of the film. The Killer Inside Me had some serious potential, but is hampered by a lazy script.
Recommended: No
Grade: C-
Memorable Quote: "People think that just because you're from a small town that they know you." - Lou Ford (Casey Affleck)