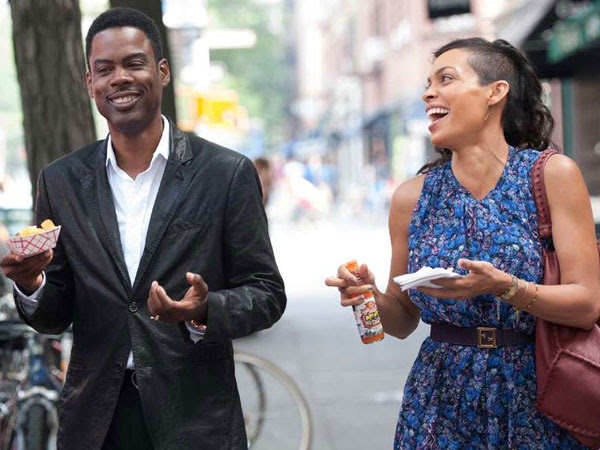 Andre Allen (Chris Rock) is a former comedian and huge franchise star that is desperate to be taken seriously. He has a controversial new drama out that no one seems to care about. They only care about his impending marriage to a reality TV star, Erica. (Gabriella Union) Andre spends a day walking around New York City with journalist Chelsea (Rosario Dawson) who's trying to get a good story.

I've always been a fan of Chris Rock, especially his stand up. His movies might not always be for me, but this one was surprisingly funny There's a lot of cameos from other great comedians as well. Rock doesn't miss a beat and Dawson is perfect for the part she's playing.

It does tread into typical waters towards the end, but the humor makes it enjoyable.

Memorable Quote: "He said 'I wouldn't see his movie if it were playing on my glasses.'" - Andre (Chris Rock)