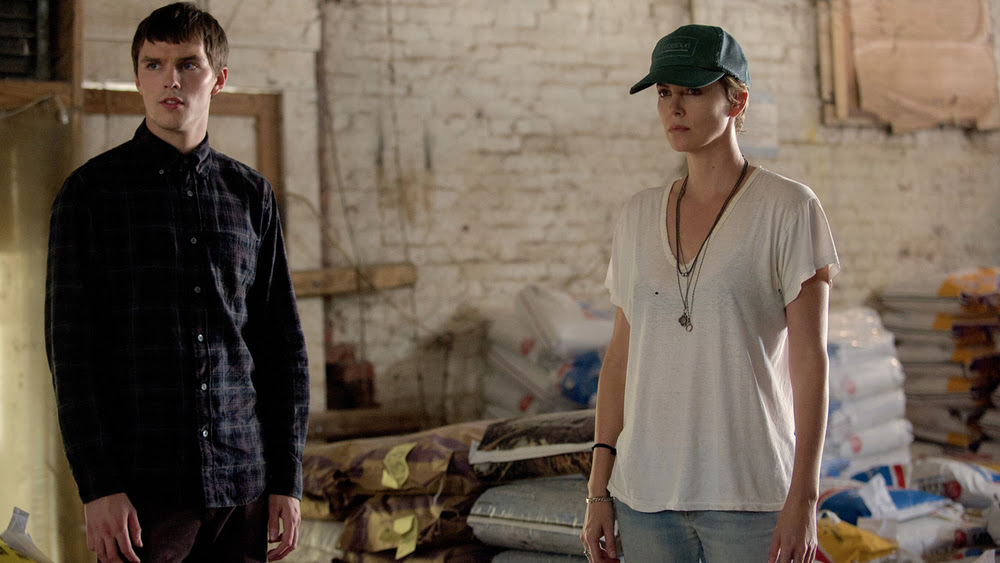 When Libby Day was seven, her mother and two older sisters were murdered in their house in the middle of the night. She escaped, and her older brother Ben went to jail for the crime. 28 years later, Libby (Charlize Theron) hasn't done a thing with her life and is living off her diminishing trust of donations from the crime. She comes in contact with Lyle (Nicholas Hoult) who is part of a "Kill Club" where the focus is solving murders. They don't believe Ben to be the killer and eventually start to get Libby to question how things went down herself.

I'm a huge fan of the novel by Gillian Flynn, and though she didn't adapt the screenplay like she did for Gone Girl, writer/director Gilles Paquet-Brenner does a fine job. There were only very minor changes. Though Paquet-Brenner is a horror director, and sometimes I think he went a bit too heavy on that tone for this film.

When I first saw the casting of Theron and Chloe Grace Moretz as young Ben's girlfriend, Diondra, I was worried. Theron's a good actress but she looks nowhere near how Libby is described in the books. As I predicted, those were the two weakest links for me. Libby is a very angry woman, but Theron didn't capture her naivety well. Libby is almost meant to be very small and walks with a limp, adding to that vulnerability, and 5'10 Theron just couldn't capture that. She didn't give a bad performance, just not one I imagined as Libby. Moretz never impresses me in anything, so she's just her usual bad here.

The rest of the cast I loved. I laughed when Christina Hendrick's was cast as Libby's supposedly "plain" looking mother, because Jesus have you seen Christina Hendricks? But they toned her down quite a bit, and she really made you feel how stressed Patty does. She was heartbreaking. Nicholas Hoult is always an interesting guy to watch, and he was great as Lyle. The casting of Tye Sheridan/Corey Stoll as the young and older versions of Ben was spot on as well. (And Rescue Me's queen bitch Andrea Roth makes a small appearance too!)

Dark Places gets a lot right, and I hope it gets more exposure. Anything based off Gillian Flynn's work deserves to be scene.