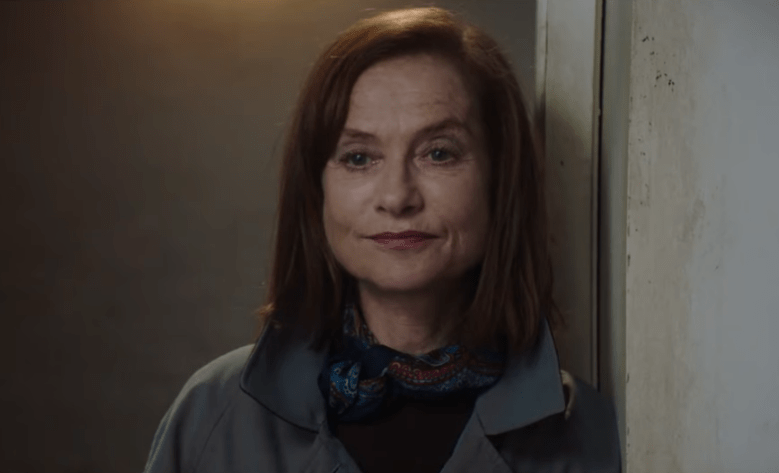 Frankie (Chloe Grace Moretz) is a young woman in NYC who finds a lost purse on the subway. She returns it to its owner, Greta (Isabelle Huppert) and the two form a friendship. Frankie's roommate Erica (Maika Monroe) points out how strange the relationship is and soon after Frankie finds a bunch of fake purses and realizes this friendship isn't an innocent as it seems, and Greta is not going to let her go so easily.

If you're looking at this movie from a camp perspective, it's great. You get to watch Isabelle Huppert play piano, dance around, drug people and act crazy. That alone is worth the price of admission. But if you're going in looking for a serious thriller you're going to be disappointed because all the characters here are remarkably stupid. The plot needs them to be. It's mostly easy to ignore until the final 15 minutes or so.

Huppert is great, Moretz acting wise was good too but I think she was slightly miscast in the fact that physically, she looks like she could hold off Huppert if she wanted to. While I can buy the meek attitude the movie goes to great lengths to get around that fact. They also ask you to believe that the NYPD are pretty incompetent, and that even though a woman could be arrested for an altercation with a victim in front of many people that could identify her, that they would still need to hire a private investigator to find her, and that the police wouldn't immediately go to her door. It's The Walking Dead level plot devices.

It's dumb fun, go into this movie looking for dumb fun and you'll enjoy it.

Recommended: Yes (for that reason)