We made it! I know I sound like a broken record with how disappointed I am with the garbage nominations this year, and how it's the least amount of fun I've had in my entire decade of Oscar blogging, but tonight was actually...mostly fun. We saw history made with Parasite becoming the first foreign language film to win an Oscar. Taika Waititi won for screen writing, and Kelly Marie Tran was given more screen time here than the entirety of Rise of Skywalker. Here are a list of the winners, plus my thoughts after an entire bottle of wine.

A few quick thoughts: Janelle Monae's opening number had me questioning my sexuality. A lot of the presenters  called out the academy's abysmal lack of nominations for women and people of color. Ball's in your court, Academy. Stop voting the way you do.

Eminem performed Lose Yourself for some reason. I have no idea why but I still love that song and he didn't perform it when he actually won for it, and I was happy to see it here. It was much better than some of the other segments (like that awful Maya Rudolph and Kristen Wiig bit that went on way too long) 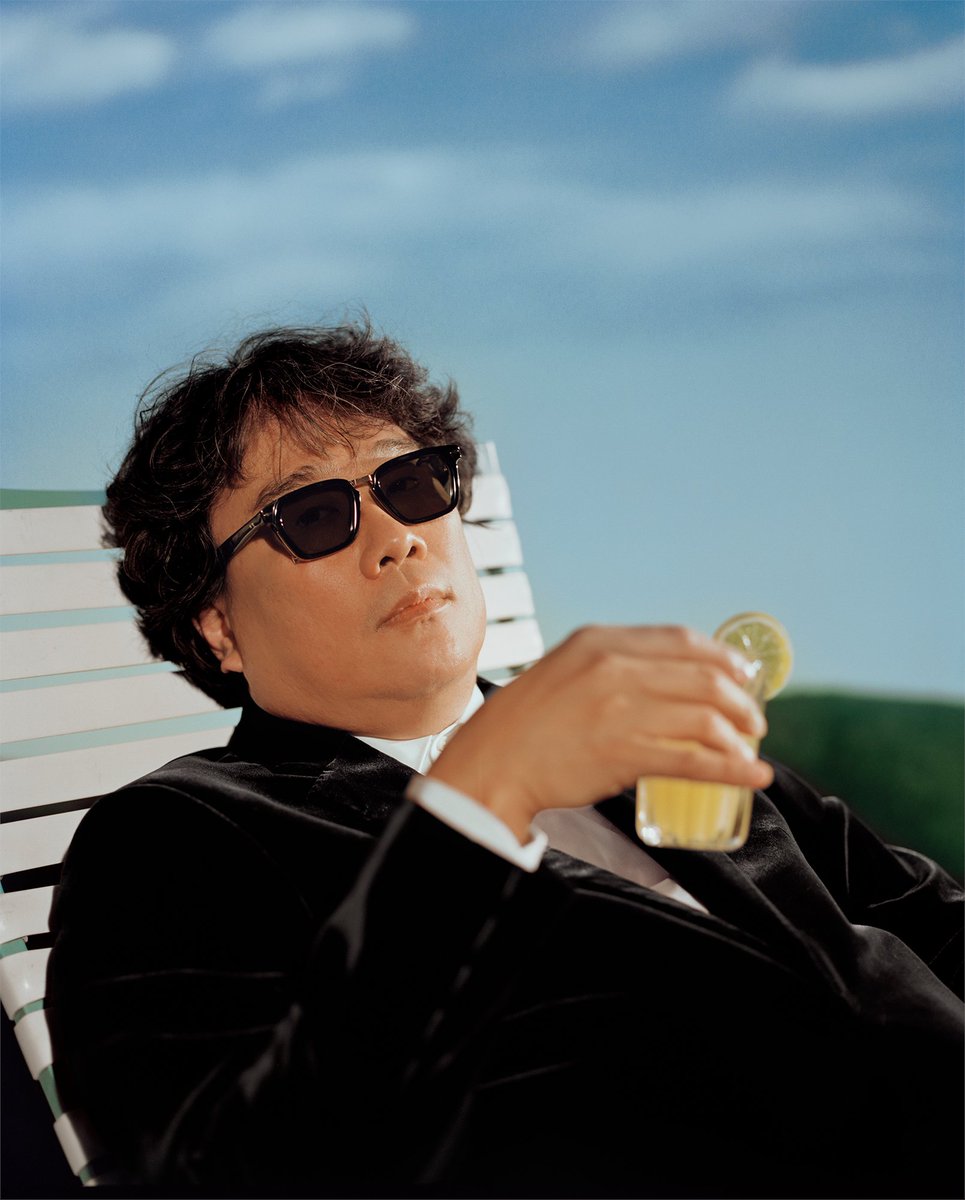 Drink, King.
Best Picture
Ford v Ferrari
The Irishman
Jojo Rabbit
Joker
Little Women
Marriage Story
1917
Once Upon a Time in Hollywood
Parasite
I thought for sure 1917 was going to win until Bong won Best Director. Then I knew it had a change. I cheered and am SO happy the right film won.


Best Director
Martin Scorsese - The Irishman
Todd Phillips - Joker
Sam Mendes - 1917
Quentin Tarantino - Once Upon a Time in Hollywood
Bong Joon Ho - Parasite
I screamed. I thought Mendes had this in the bag, what a lovely surprise.


Best Actor
Antonio Banderas - Pain and Glory
Leonardo DiCaprio  - Once Upon a Time in Hollywood
Adam Driver - Marriage Story
Joaquin Phoenix - Joker
Jonathan Pryce - The Two Popes
The best part about this category was when Olivia Colman got up on stage and said last year was the "best night of her husband's life." And then she pointed out she had three children. Hilarous, and amazing. I love Olivia. For the actual win, my face matches Billie's. 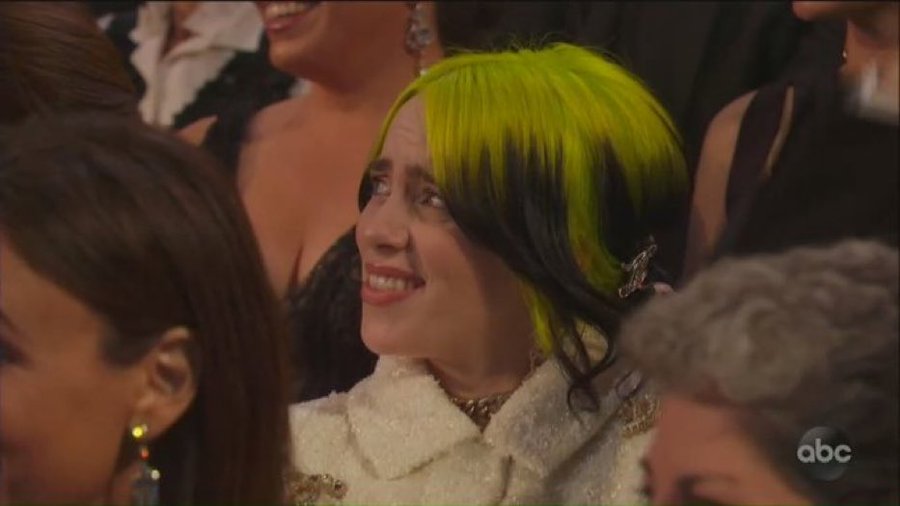 
Supporting Actor
Tom Hanks - A Beautiful Day in the Neighborhood
Anthony Hopkins - The Two Popes
Al Pacino - The Irishman
Joe Pesci  - The Irishman
Brad Pitt - Once Upon a Time in Hollywood
Pitt's speech was really emotional and he talked about enjoying the view of riding DiCaprio's coat tales. Can't complain. 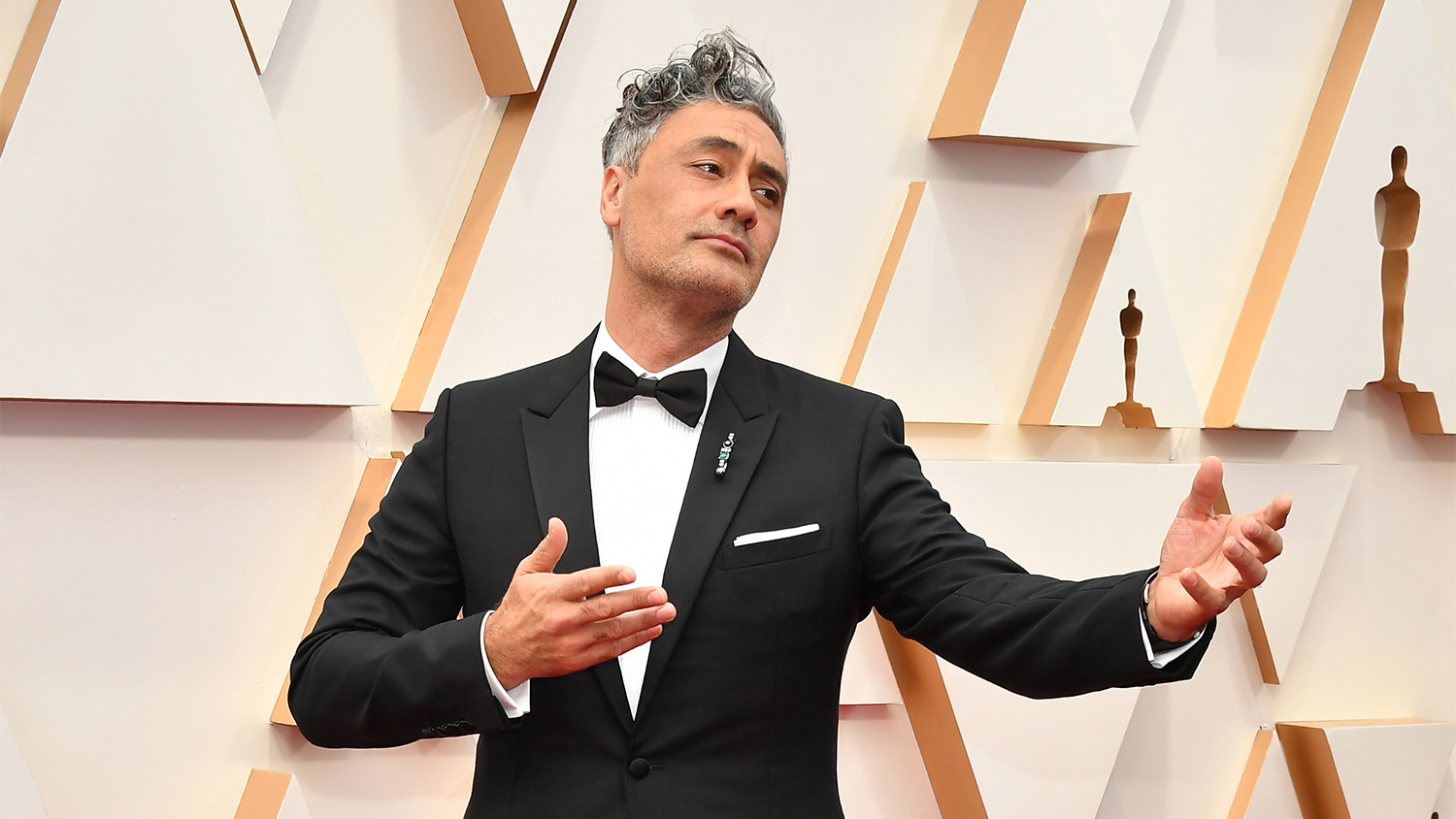 
Animated Feature
How to Train Your Dragon: The Hidden World
I Lost My Body
Klaus
Missing Link
Toy Story 4
I changed my pick last minute from Toy Story to Klaus. Ugh. This was the most vanilla one they could've chosen. I'm sorry, HTTYD series. You deserved better.

International Feature Film
Corpus Christi
Honeyland
Les Miserables
Pain and Glory
Parasite
This was a given. Bong said he was going to have a drink after this, then he won two more Oscars. He's going to be drinking all night.

Best Documentary
American Factory
The Cave
Edge of Democracy
For Sama
Honeyland
I feel bad, but I didn't like American Factory. The only other nominee I saw was For Sama and I preferred that.

Best Cinematography
The Irishman
Joker
The Lighthouse
1917
Once Upon A Time in Hollywood
I'm so happy to see Roger Deakins picking up back to back Oscars after being robbed for so many years.


Best Costume Design
The Irishman
Jojo Rabbit
Joker
Little Women
Once Upon a Time in Hollywood
This was another one I switched last minute. I had Little Women, then changed to Jojo. I'm happy with this win. Greta Gerwig was too as she cried during it.


Film Editing
Ford vs. Ferrari
The Irishman
Jojo Rabbit
Joker
Parasite
I got this right too! I wanted Parasite to win though.

Makeup and Hairstyling
Bombshell
Joker
Judy
Maleficent: Mistress of Evil
1917
Another one I guessed correctly. I'm happy for the Bombshell team, who deserved it after having to do those terrible things to Charlize Theron's face.


Original Score
Joker
Little Women
Marriage Story
1917
Star Wars: The Rise of Skywalker
I loved the way they presented the scores this year. They had a female conductor and the orchestra actually played snippets of each nominated film. Hildur Guðnadóttir said the composer is "only as talented as the director" and honey do NOT sell your self short like that. You are so much better than Todd Phillips could ever dream of being.


Original Song
"I Can’t Let You Throw Yourself Away,” Toy Story 4
"I’m Gonna Love Me Again,” Rocketman
"I’m Standing With You,” Breakthrough
"Into the Unknown,” Frozen 2
"Stand Up,” “Harriet
No EGOT for Cynthia Erivo. That's disappointing (almost as disappointing as Glasgow not being nominated lol you thought I'd drop it) but I can't argue Elton's win. I liked that song too. The performance of Into The Unknown blew me away tonight. It wasn't my favorite song from Frozen 2 but having all the different Elsa's singing in multiple languages was beautiful.


Production Design
The Irishman
Jojo Rabbit
1917
Once Upon a Time in Hollywood
Parasite
A given, though I was hoping for Jojo or Parasite. OUATIH may not have been my favorite but it did look great.


Sound Editing
Ford v Ferrari
Joker”
1917
Once Upon a Time in Hollywood
Star Wars: The Rise of Skywalker
I thought 1917 was going to win this. I have to laugh at myself because I saw a tweet go by as soon as this lost saying something like "there go its Best Picture chances." Guess they were right.

Sound Mixing
Ad Astra
Ford vs. Ferrari
Joker
1917
Once Upon a Time in Hollywood


Visual Effects
Avengers: Endgame
The Irishman
The Lion King
1917
Star Wars: The Rise of Skywalker
UGHHHHHH Why doesn't Marvel EVER win this. I can't imagine what it must be like to look at something like Thanos, for example and say "Nah, not voting for that."


Documentary Short Subject
In the Absence
Learning to Skateboard in a War Zone If You’re a Girl
Life Overtakes Me
St. Louis Superman
Walk Run Cha-Cha
I thought Walk, Run, Cha-cha would win. Skateboard was good, but I hated the way I had to watch it on AE's website. In The Absence was my favorite, I'm bummed that didn't win.


Animated Short Film
Daughter
Hair Love
Kitbull
Memorable
Sister
I am SO SO SO SO happy for this win and if you have not seen Hair Love yet, please spare 6 minutes and 47 seconds and watch it HERE.

A Sister
I'm so psyched about this win too. This short absolutely broke me. I would've been fine if A Sister won, but Neighbor's Window was my favorite. 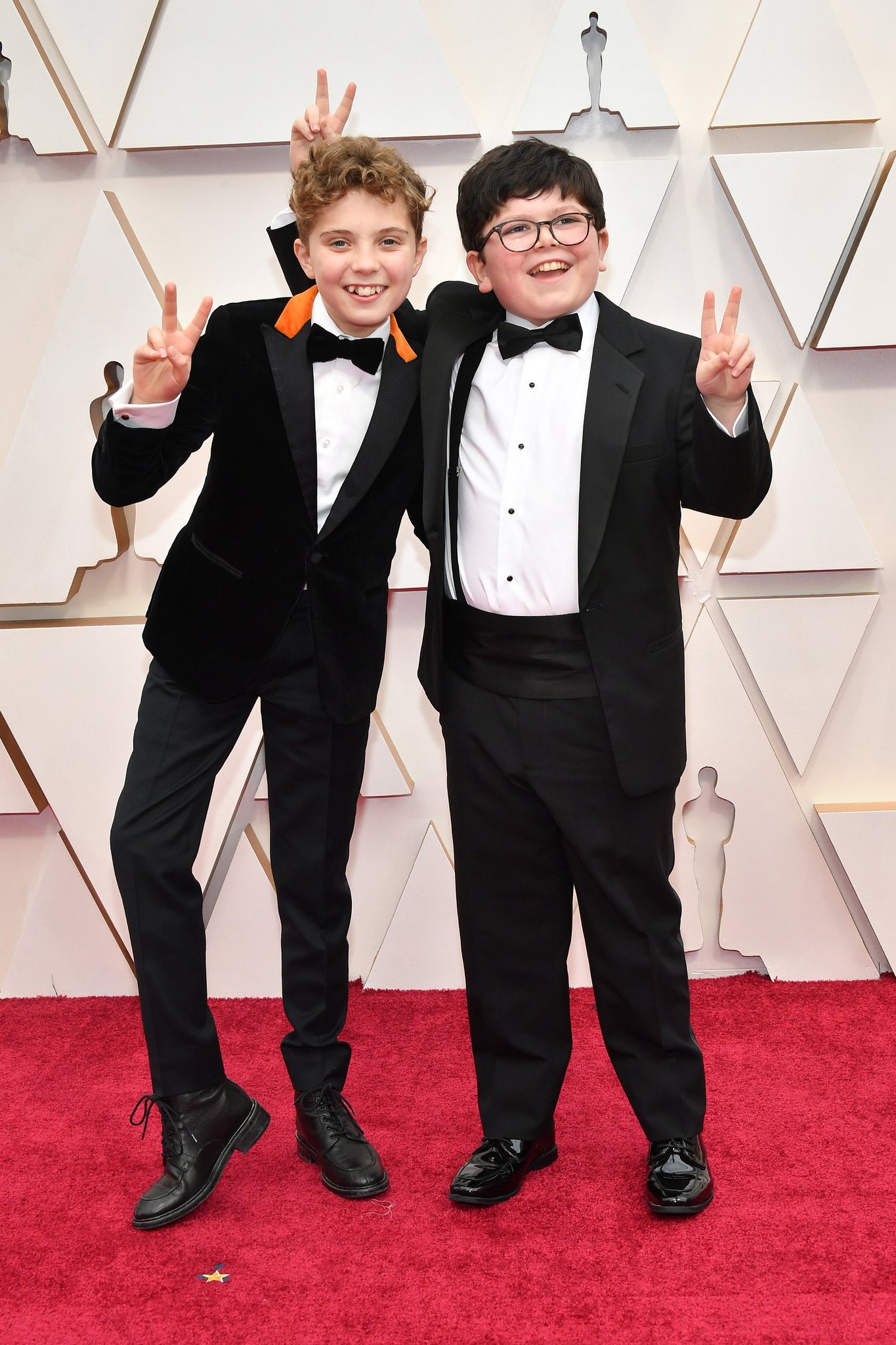 How pure are they? 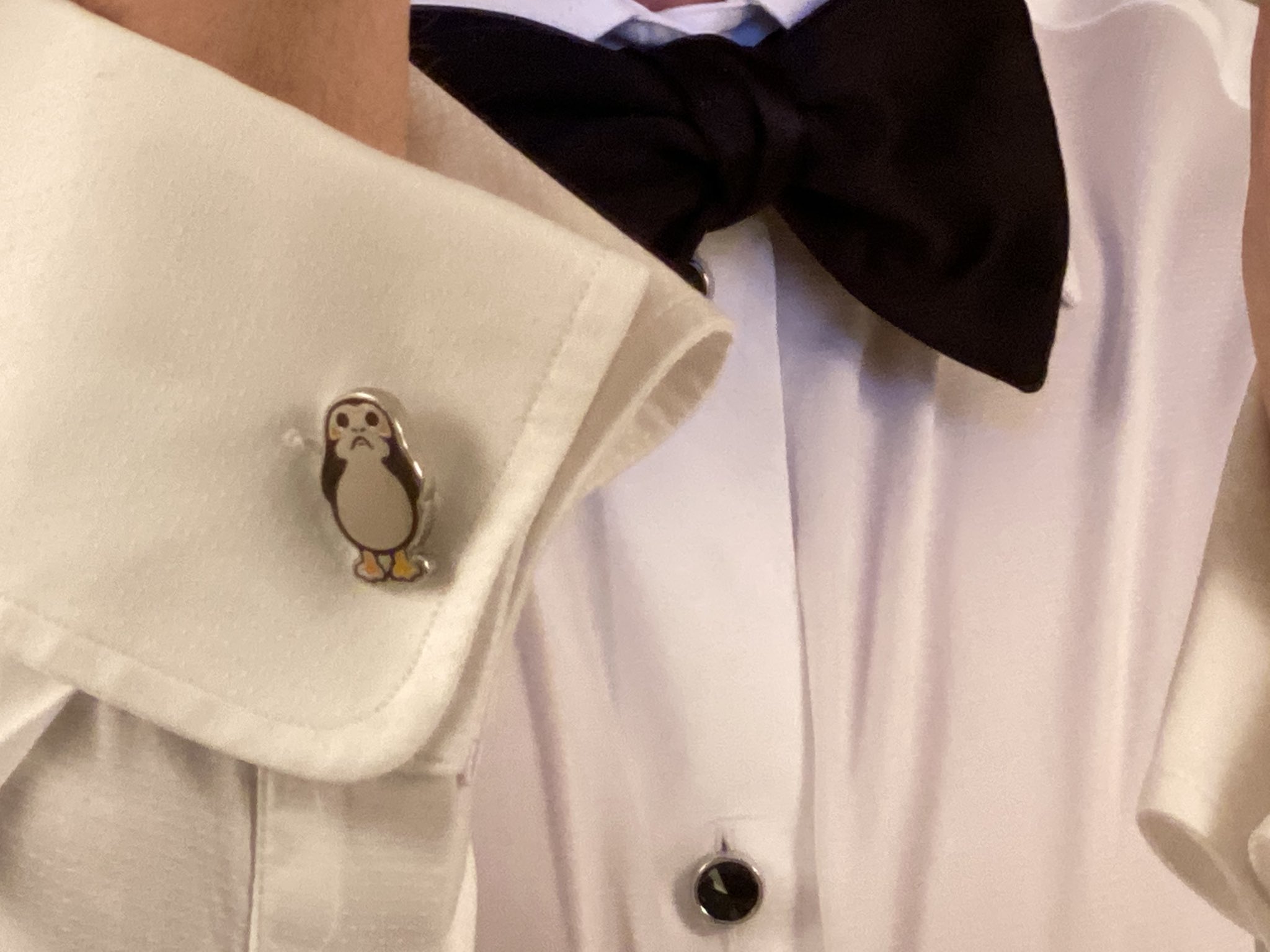