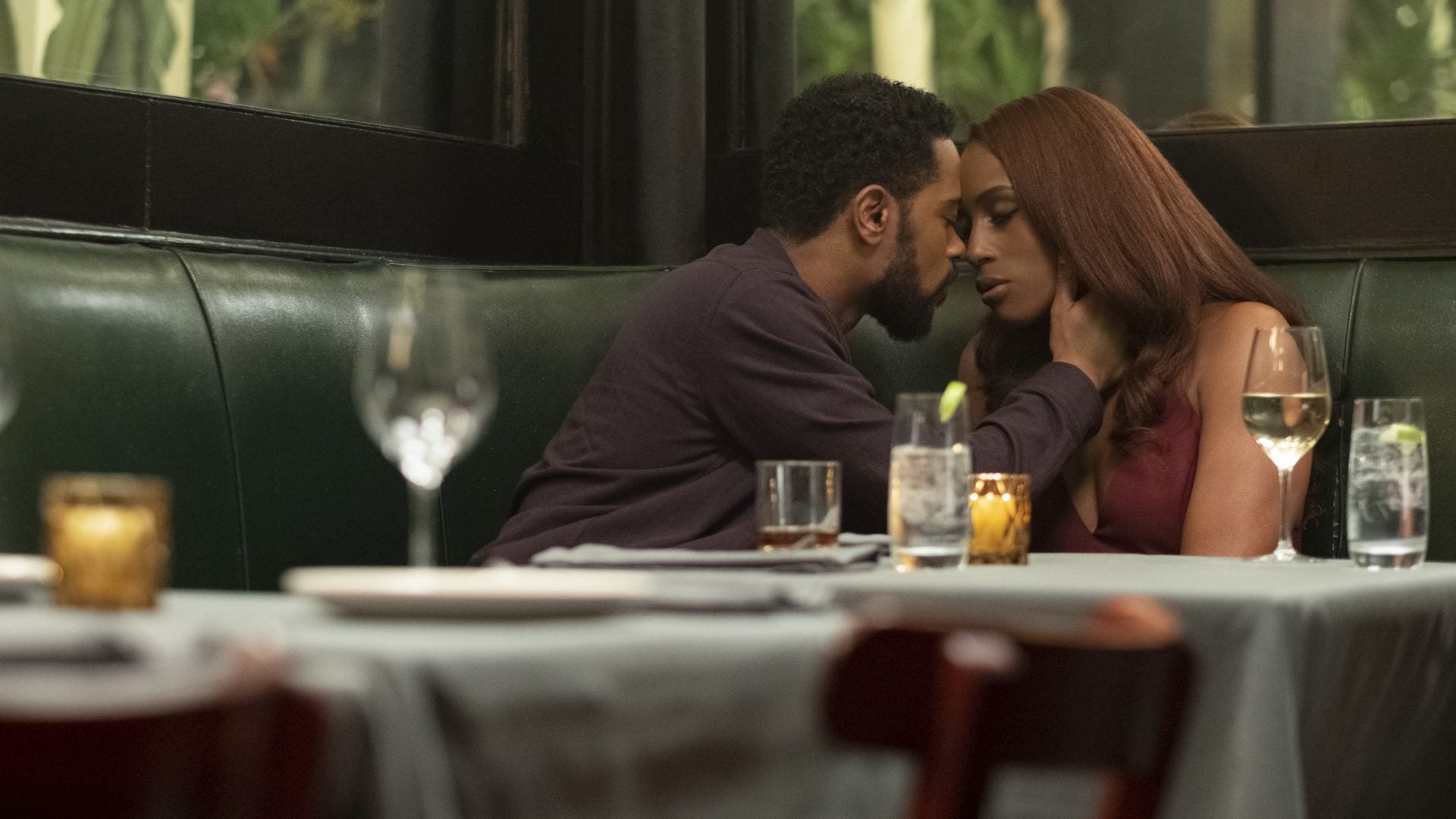 Michael (LaKeith Stanfield) is a reporter from New York City doing a story in Louisiana. While interviewing Isaac (Rob Morgan) he notices a photograph of Christina (Chanté Adams) on his mantelpiece. Christina was a photographer who recently passed away leaving behind Mae (Issa Rae) an art curator who also lives in NYC.  Michael tracks her down to learn more about Christina's work. It turns out Mae is also trying to learn more about her mother's past.

Have you ever seen a movie where every single actor in it is SO good looking it's almost a bit distracting? That's my first thought about The Photograph. Everyone in this movie just looks *good.* Being a big fan of LaKeith Stanfield I knew immediately after I saw the trailer that I would definitely be seeing this.

I think this is a wonderful date movie. It's not just about Mae and Michael's relationship. It's about the loves of Christina's life as well. There's many moving parts to this. Some get more time than others, but the overall message is about making room for love.

I think Stanfield and Rae have wonderful chemistry. I liked both of their characters quite a bit. Even though Michael is quite flawed Mae brings out the best in him. I've talked about Rob Morgan plenty on my blog before so of course I love seeing him as well even though his part is quite small.

If there's one place that The Photograph stumbles, it's that some of the conversations between characters feel very stilted. Never between Michael and Mae but when Mae would talk to her friend or Michael his brother, that's when I felt I noticed it the most. I also wish we had been given just a bit more of Christina and Mae's relationship. Especially since Chanté Adams was so captivating.

Overall, The Photograph is a solid watch that's out in theaters right now that is certainly worth the price of a ticket.