Review: The Devil All The Time 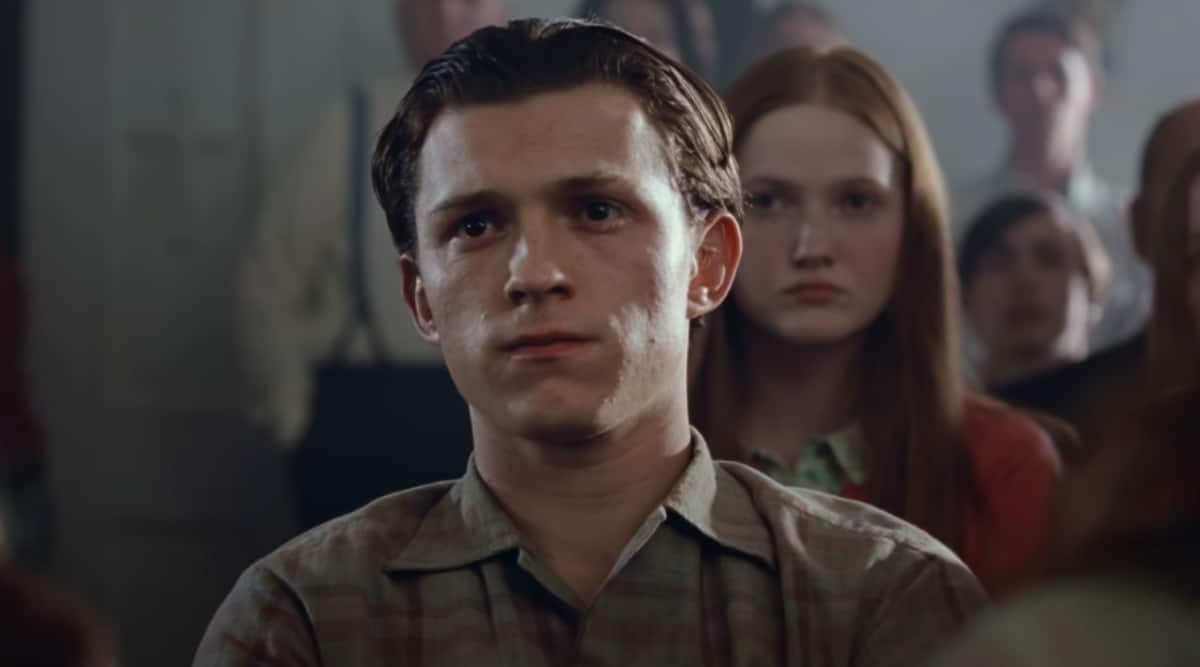 Arvin Russell (Tom Holland) is a young man in rural West Virginia. The story starts with his parents (Bill Skarsgard and Haley Bennett) before tragedy strikes and he moves from one small town to another. Now he finds himself at odds with a new preacher in town. (Robert Pattinson) Meanwhile, a pair of serial killers, Sandy and Roy (Riley Keough and Jason Clarke) loom nearby and all these stories eventually connect.

I thought the trailer for this film was wonderful but when reviews started coming out, I set my expectations back. Everyone called it bleak and brutal and while it is those things to an extent, it ended up being a lot tamer than I expected.

This is a actor's film. There's barely any happiness to be seen in this, but it doesn't make it unwatchable because there are so many wonderful performances. Some actors don't get nearly as much screen time as you would hope. (Like Mia Wasikowska) Tom Holland is the standout for me. After being so used to seeing him as Peter Parker and other lighter roles, he shows incredible range playing Arvin, who has the weight of the world on his shoulders. I left this film wishing I could just give his kid a hug. He had excellent chemistry with Eliza Scanlan, who plays his step sister as well. Bill Skarsgard makes the most of his short role as well. The Skarsgard dynasty is something else. And while the tone is overly bleak, don't worry. Robert Pattison is back with another ridiculous over the top accent. It's just like he was in The King. Over and hour of this movie goes by before he shows up and camps it out. It's not meant to be funny, his character is actually quite horrifying, but the execution provides some levity.

The film does have its downside. The point of the film is that everything is connected, but because there are so many different stories being told, inevitably some are more interesting than others. Sebastian Stan plays a corrupt sheriff for example, and he's Sandy's brother. I did not care about any of his "side quests" so to speak, and I'm still legitimately confused about point of one of them. This film uses a narrator who explains some pretty obvious things, but when I actually needed a better explanation, he was nowhere to be found.

Over all, I'm pleasantly surprised with this. It turns out I didn't need to scale back my expectations like I did.

Memorable Quote: "Some people are born just to be buried." - Roy (Jason Clarke)