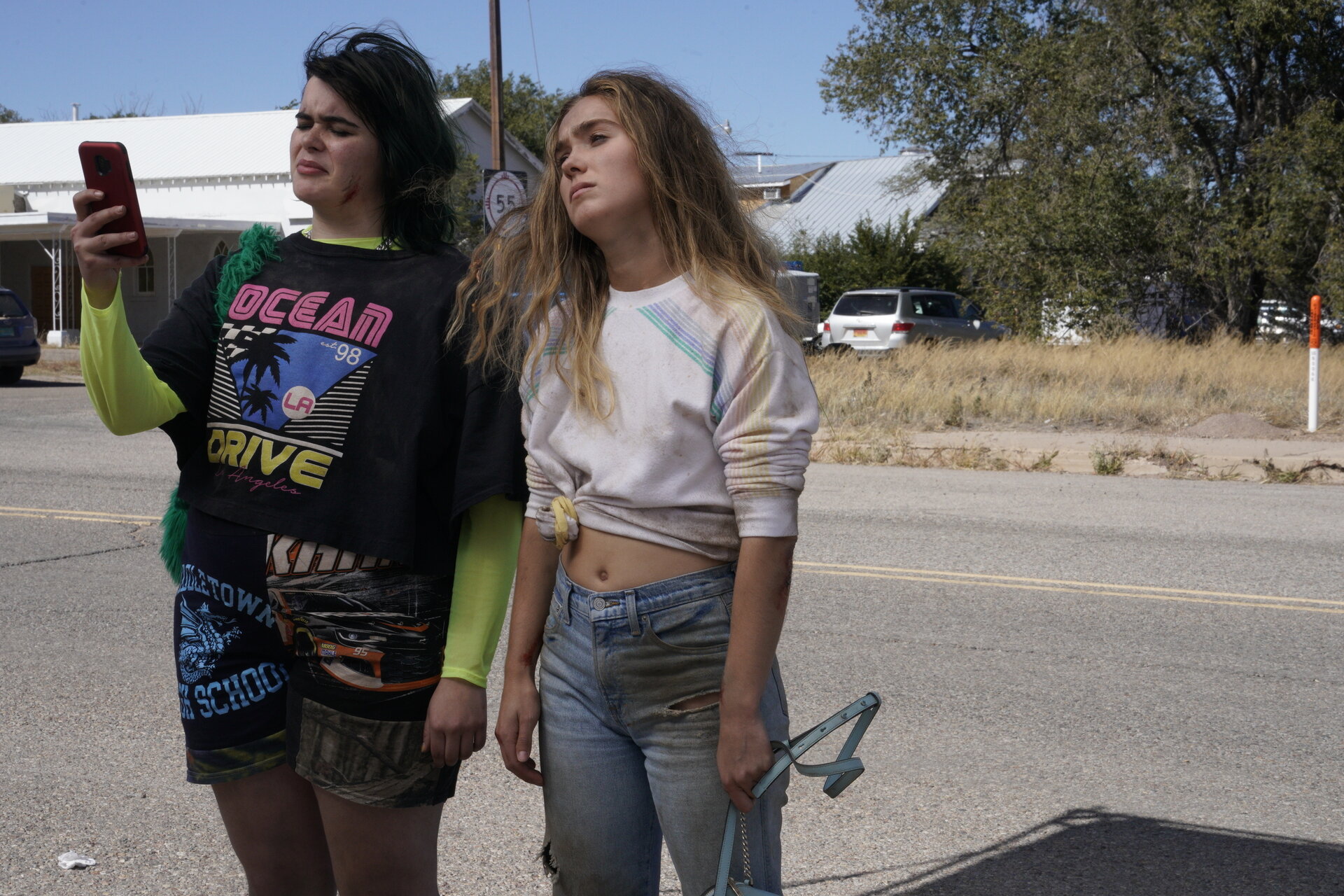 Veronica (Haley Lu Richardson) is a 17 year old girl in Missouri who needs an abortion. She finds out that the closest clinic to her that will allow her to get what she needs without parental consent is in New Mexico. When her boyfriend reacts in a way she doesn't expect, she enlists her former friend Bailey (Barbie Ferreira) to drive her there. Shenanigans ensues.

Everything I praised Never Rarely Sometimes Always for earlier this year for not doing happens in this movie, and it only makes me appreciate the former even more. I understand that they're going for very different things. This is more of a screwball comedy to NRSA's melancholy approach, but it harms the movie so much its impossible not to compare the two.

Everything goes wrong for Veronica and Bailey, they start out icy given their history, bond, have a huge blow out fight, then make up. That's not even a spoiler, that's just the basic trope. Richardson and Ferreira being delightful actresses is the only thing that makes this movie watchable. I've enjoyed their work elsewhere, so I stuck with this one even though by the time I hate the 75 minute mark all I wanted to do was fast forward to get it over with.

Aside from them, there is some nice cinematography and some of the jokes are funny, but this film is far too predictable and basic to fully enjoy.

Memorable Quote: "If any of this gets back to me I'm going to sew you two together like a human centipede." - Peg (Jeryl Prescott)