This week's theme from Wandering Through The Shelves is a yearly re-occurring theme, and one of my favorites. Non-English Films! I love seeing what other countries have to offer film wise and I feel fortunate that I'm able to get my hands on so many, even if it takes a bit of waiting. As always, I set a rule for myself not to reuse films I've used in the past, so here's what I came up with this year.

From South Korea, it feels right to mention the only good thing to come from 2020 - and that's this year's reigning Best Picture champion. Director Bong Joon-Ho's quote  “Once you overcome the one-inch tall barrier of subtitles, you will be introduced to so many more amazing films” is something I 100% agree with and wish more people would get over. Parasite was an excellent film and one of the rare instances where the festival hype paid off exactly the way I thought it would. I love this movie.

From France, this was a film I had on my very first Blind Spot list and has been one I've been thinking about a lot lately. It's anchored by one of the best child performances out there and was my intro into French New Wave. I still have far to go in that genre but now that I have HBO Max, I'll have the option to watch this again and I'm very happy with that.

3) Scenes From a Marriage 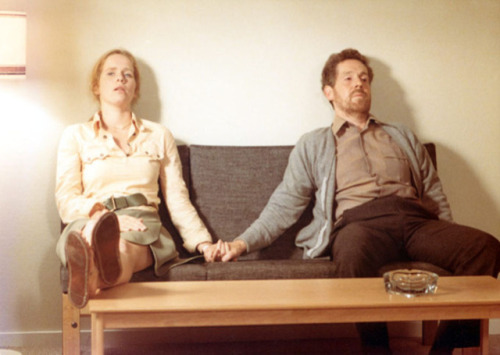 From Sweden, this is a film that I liked upon first viewing, but as I get further away from it I feel like my feelings for it grow stronger. It's such a well made movie. I think I love it more every minute. Ingmar Bergman is basically the biggest motivator for me joining the Blind Spot blogathon and he's never disappointed me as a director. Even the films of his I don't care for, I still never full on hate.