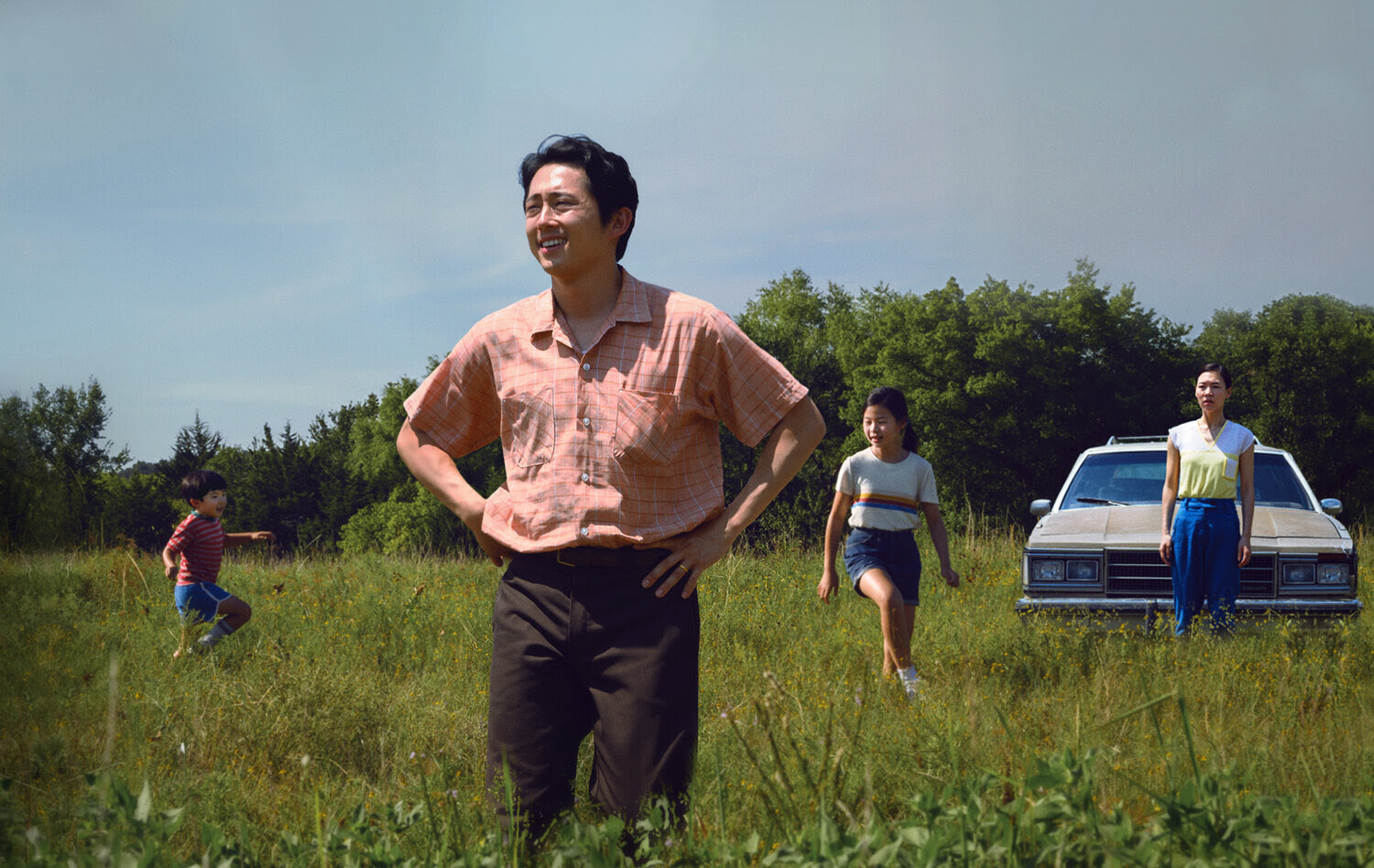 Jacob (Steven Yeun) his wife Monica (Yeri Han) and their two children Anne (Noel Cho) and David (Alan S. Kim) are Korean immigrants who have recently moved from California to Arkansas to fulfill Jacob's dream of starting a farm. Told mostly from the perspective of David, they face many hardships adjusting to farm life. Monica's mother (Yuh-jung Youn) also comes to live with them which David has a hard time adjusting to.

I've been a huge fan of Steven Yeun since watching him on The Walking Dead so this has been one of my most anticipated films for ages and it absolutely lived up to my expectations.

Director  Lee Isaac Chung makes a very heartfelt and honest "American dream" film. Even though we've seen plenty of these in the past, this didn't feel repetitive. Immigrants often face a lot of harassment in the form of racism and xenophobia, and while there are a few quick comments of it, I liked that it wasn't a huge part of the narrative. I think that helps set it apart. Their struggles are about money and what it takes to run a farm. It doesn't overwhelm us with knocking the family down over and over.

Yeun is wonderful like I expected. This was such a different role for him. All the actors were great, but he was the standout for me. Yuh-jung Youn was amazing as the grandma as well, and I'm glad she and Yeun are getting so much attention for these roles. Young Alan S. Kim did a great job carrying this film. He's adorable and I just fell in love with that kid immediately.

While I wish it would've had a more of an ending, I felt more watching this film than I did several of the 2020-2021 releases this year. It's so lovely.